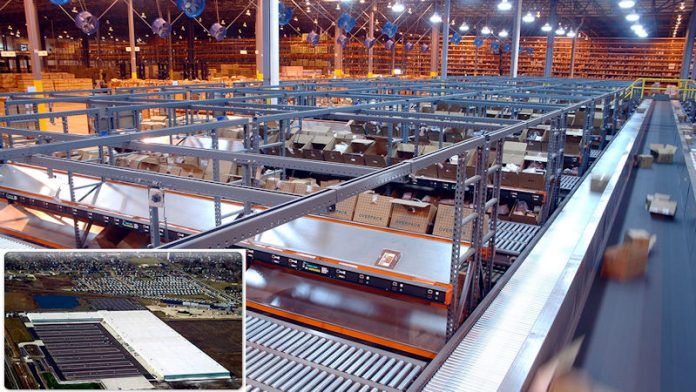 The Illinois Chamber of Commerce in collaboration with the Illinois Economic Development Association (IEDA) is releasing the names of the winners of the 9th Annual Economic Development in Illinois Awards – the Edies. The Edies honor outstanding economic development projects completed in the calendar year of 2016 that bring jobs, growth and prosperity to Illinois communities.

“There were a variety of impressive economic development projects submitted this year. The Illinois Chamber of Commerce congratulates the Edie Award project winners and thanks them for their commitment and investment in Illinois’ future,” said Illinois Chamber of Commerce President and CEO Todd Maisch. This year’s Edie Awards were supported by IEDA and sponsored by Nicor Gas.

The five project winners are:
Amazon (Edwardsville and Romeoville Fulfillment Centers) – Amazon, the largest internet-based retailer in the world by total sales and market capitalization, built two distribution centers – known as “fulfillment centers” – in Edwardsville, bringing 1,000 new jobs and adding a big name in the Metro East. Additionally, as part of its rapid expansion in the Chicago area it invested in a $22 million build-out of the vacant 767,000 square foot building in Romeoville to open as another fulfillment center, employing over 1,000 people.

Target (DeKalb) – Target, currently the second largest general merchandise retailer in America, completed a $50 million conversion of its DeKalb regional distribution center into an upstream distribution center. To operate this national facility, Target has more than doubled employment from 350 to 750 workers and it is continuing to hire. The facility will handle seasonal and specialty merchandise for one-third of the U.S. Area economic development groups and the local community college coordinated efforts to assist Target in promoting mass hiring events to staff its facility throughout 2016.

Zurich North America (Schaumburg) – Zurich Insurance Group, with its North American
headquarters in Schaumburg, is the largest single employer in that community with over 2,500 employees. Zurich secured a brand new 784,000 square foot facility that is responsible for a statewide economic impact of $1.3 billion annually. Zurich’s investment will generate millions of dollars in property tax income for the village, in addition to revenue generated for goods and services for local and statewide economies.

Illinois Tollway (Downers Grove) – The Illinois Tollway’s $2.5 billion investment in the Jane Addams Memorial Tollway (I-90) has enhanced access and increased travel efficiency for commuters, as well as delivery of goods and services, to support economic growth throughout the region. The reconstruction and widening of 62 miles of roadway from Chicago to Rockford also integrates realtime information, transit and cutting-edge technology to serve customers today and enable flexibility for the future.

Fuyao Glass North America (Decatur) – Fuyao invested over $200 million in a plant to rehabilitate the facility to create a production line to supply automobile glass for automotive production in the United States and Asia. Using multiple local contractors during construction, Fuyao’s project is expected to add as many as 200 employees as they ramp up to full production. Locally, for every one job created at Fuyao, it supports 3.5 jobs in the community. This investment represents one of the largest foreign direct investment (FDI) projects in the state.

For more information about the Illinois Chamber of Commerce, visit: ILChamber.org

For more information on the 2016 hiring see here