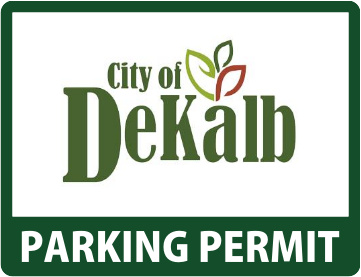 Recently, the police chief announced his intention to fast-track his safe streets initiative. While part of the intent of the ordinance is admirable, the reality is very problematic. The main problem is that Chief Lowery is dead set to get this passed ASAP, with very little debate and very little public input. Mr Lowery has gone on record stating he does not want to hear anything negative by citizens of the community, but when reality aligns with negativity, so be it.

At Monday night’s long city council meeting, the police chief managed to get, what, in reality, is a revenue-generating juggernaut, passed the city council on first reading for phase one of the plan. It passed with no debate by anyone on the council. Upon hearing this and carefully reading through the ordinance I sent our esteemed police chief and council the following e-mail.
Mr. Lowery,
You have failed to bring up and openly discuss the revenue aspect and other misguided aspects of your harsh parking ordinance that you are rushing forward at city council. There are already many problems I see with phase 1, along with logistical problems that will place an undue burden on the affected law-abiding residents.
I am concerned that a majority of the residents are going to be upset with the revenue/fee aspect of this plan. It’s bad enough the people who live in these problem areas have to endure high crime, and now you are going to penalize them further by charging an annual parking permit fees?
Questions:
1. Did you bother to inform ALL of the affected residents of the $25.00 annual fee and the abundance of paperwork that they will have to complete?
2. Is the $25.00 fee per vehicle or per household? (The ordinance as written does not indicate details)
3. Explain how you came up with the dollar amount. I would like to see the breakdown analysis or is this just a number you threw out?
3. How much revenue will the police department generate and where will the profits go? Into which fund and for what purpose?
4. The ordinance states “No permit fee shall be refundable or prorated”  Why? Sounds like a cash grab.
5. The requirement for all the paperwork to be filled out each year is extremely burdensome. Why are you choosing to make these residents and taxpayers jump through these hoops?
6. The guest permit process is very burdensome. If a resident wants to have a relative over, they must get permission from the police department and PAY $5.00 a day? Are you out of your mind? They should not have to pay. Another profit motivated scheme!  For example, if an ill resident has a relative stay with them at the last minute, that would not be possible without going through a lot of red tape and planning the visit out in advance.
7. The ordinance states “No more than five (5) guest parking permits may be issued per residential unit (e.g. per single-family house, or per apartment unit), per the calendar year.”
Really, the police are going to limit the law-abiding residents on visits that could include family and close friends?  BIG BROTHER – BIG TIME! You have no right to do so and could be opening up the city to a lawsuit. Apparently Mr. Lowery didn’t learn anything from his attempt to quash legal protests a few years ago. Shameful!
Mr. Lowery stated in his previous presentation before the city council that if a resident is having a Christmas gathering, all they would have to do is to call the police dept and inform them of such and all would be okay. HOWEVER, what is written in the ordinance makes no exception. Your remarks you made are NOT true.
Mr. Lowery, I expect answers to all these questions and hope that you have taken the time to speak to each and every one of the residents to get their blessing on this.  I don’t believe you have.
——
I firmly believe Mr. Lowery is pressing this too hard…too fast on his Safe Streets initiative. More stakeholder input is essential, but I don’t believe our police chief really wants public input.
I know the chief stated he does not like ‘negative comments or thoughts,’ but I have to tell you, based on what is written in the ordinance, negativity is all he will get from me until he gets this right. Mr. Lowery is not being honest with all the residents who live in the affected areas.
I offer these suggestions
1. Allow the residents to obtain parking permits at NO COST
2. Generate the needed (not the ‘wanted’ revenue) by charging higher fees for violators (those without stickers), so that the burden would not be on the resident.
Mark Charvat