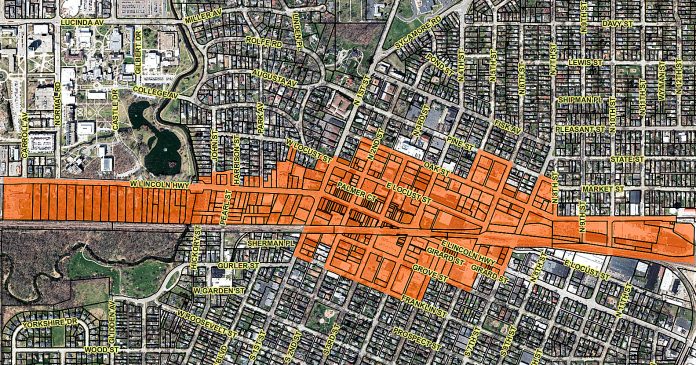 The budget remains the focus for the regularly scheduled DeKalb city council meeting Monday, Dec 11 at 6pm in the council chambers of the DeKalb Municipal Building at 200 S. Fourth St.

The council will consider, with a December 31 deadline, its calendar year budget for 2018. City staff is presenting the final options for what Finance Director Molly Talkington describes as a balanced “to the council’s policies” budget.

With a possible 0.5 cent increase in the Home Rule sales tax and a 2 cent increase in the Home Rule motor fuel tax, the City will still need to take about $1.5 million from its surplus “rainy day” fund account for revenues ($92.2 million) to meet expenditures ($93.7 million). The good news is that, at least on paper, the reserve fund will not fall below the 25% of the general fund line per council policy.

Council did reduce about $1.3 million in expenditures from the original budget proposal. Much of those cuts were one-time expenditures and some were in new spending. Rinse. Repeat. Rinse from the same water in the can kicked down the road all over again. Payroll, health care, and pension obligations will exceed revenue collected by an increasing margin next year.

Finance Advisory Committee Chair, Mike Peddle, insists DeKalb’s budget woes are structural because spending is not the problem, the lack of revenue is. Maybe he’s right. But he’s no genius. Otherwise, he’d figure out how to get blood out of a turnip.

The truth is the City has got to get its operational budget under control. Administration operating costs must be reduced. Police and/or fire and/or streets and/or airport operating expenses must be reduced. Pension obligations must be reduced. There are only two ways to do that: reduce salaries and benefits or headcount. Collective bargaining agreements are in place for at least the current year so that is not an option this council can consider. Administrators have custom contracts that somehow never end without a way too expensive parting gift no matter the job performance.

Another item on the agenda is the creation of a new TIF district. Yet another Central Business District TIF except the borders are much more precise.

The City’s two existing Tax Increment Financing (TIF) districts are set to expire at the end of 2018 and 2021. In an effort to continue supporting redevelopment and revitalization of the downtown core, a new Central Business District (CBD) TIF could be created. The designation of a new TIF would reset the base value of many properties that are currently assessed at a lower value than they were at the designation of the existing TIF districts. A new TIF would also allow for an additional 23 years of increment to be generated that could leverage private investment.

At a September 19 COW meeting staff first introduced the new CBD TIF district and estimated between $11.6 and $13.5 million was available to be spent towards future developments within the two existing TIF districts about to expire. Staff also identified more than $60 million in potential TIF supported public and private projects. Creating a new CBD TIF adds 23 years of captured revenue to cover the gap between what they got available and the $60 million spending list.

Now the action item on the agenda is not to create the new CBD TIF. It’s to authorize spending at least $43,000 for a professional firm specializing in Illinois TIF law that specialize in TIF eligibility analysis, requesting proposals for determining eligibility, creation of a redevelopment plan, and TIF district designation. Three proposals were received from such firms: Kane, McKenna and Associates, Inc. ($64,000), Peckham, Guyton, Albers, and Viets, Inc. ($47,900), and SB Friedman & Company, Inc. ($42,960). The low bid, SB Friedman, is recommended.

I think I’d rather get quotes for a forensic audit of the existing TIFs. Not that I think anything shady has been done. A forensic audit is about as thorough as it gets. With EAV lower now than when TIF was created in DeKalb perhaps this time around more scrutiny is needed. What’s the ROI? Where were the investments made? Is TIF raiding the city’s pension funds? What is the fiscal impact of TIF versus its economic impact?

Now’s the time to ask.

WHEREAS, the Corporate Authorities desire to conduct a feasibility study of certain properties within the corporate boundaries of the City in order to determine the eligibility of said properties as a “redevelopment project area” pursuant to the provisions of the TIF Act, which properties are generally described as follows: The south side of Lincoln Highway, north of the railroad tracks, from approximately 700 West Lincoln Highway to the Kishwaukee River, and the commercial properties along Lincoln Highway on the north and south side between the Kishwaukee River and 1st Street. Also, the area between Franklin Street and Oak Street to the north and south, and 1st Street and 7th Street to the east and west, as well as the block between 5th Street, Pine Street, and 6th Street, but not including the blocks east of 5th Street and south of Grove Street. Also, the area between Oak Street and the railroad tracks, and between 7th Street and 13th Street.