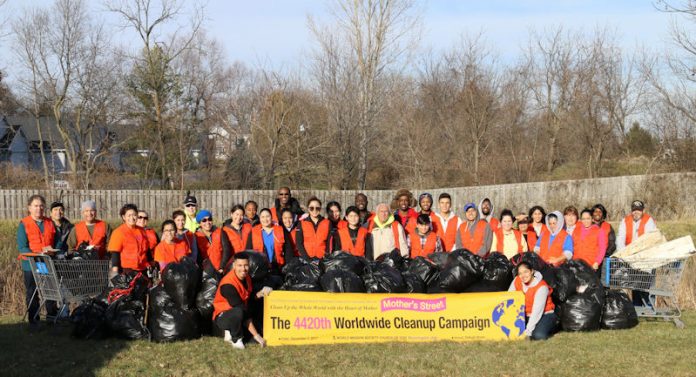 On Sunday, December 3, more than 40 volunteers from the World Mission Society Church of God, in partnership with DeKalb’s Public Works Department, participated in a cleanup event in DeKalb. They collected trash and removed debris from the ravine area next to Target’s parking lot. This environmental cleanup is part of the worldwide movement entitled, “Mother’s Street,” which the Church of God is carrying out from November 19 to December 3 in more than 6,000 regions in 175 countries. Cleanups also took place in California, Connecticut, Hawaii, New Mexico and Nevada with more than 540 volunteers participating. The worldwide movement is taking place in countries including Argentina, Australia, Brazil, Cameroon, Ghana, India, Mexico, Mongolia, and South Africa. The goal of “Mother’s Street” cleanup movement is to promote health and happiness among the global family of nations. 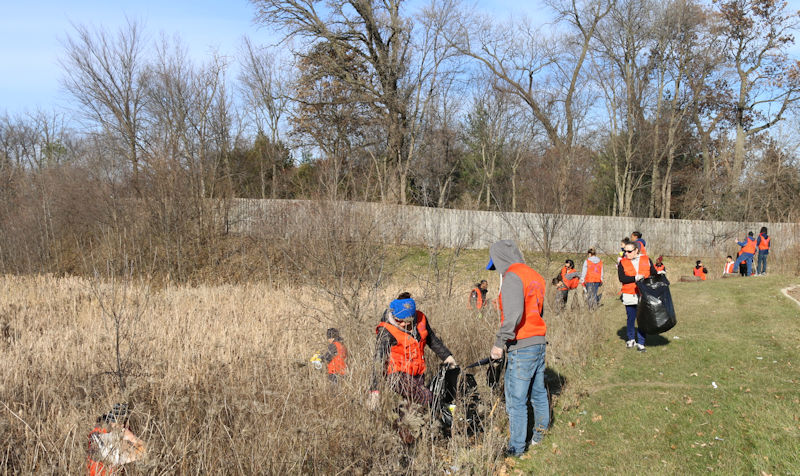 “We’re carrying out this cleanup to share the love of a mother with our neighbors,” said a church volunteer. “Our church believes in Heavenly Mother and just as a mother would do anything for her children, Heavenly Mother has taught us the importance of maintaining a clean and bright environment. Church of God volunteers devote with all their heart and mind to volunteer activities such as Sunday’s cleanup to practice the love of God who created the environment for mankind.”

Volunteerism is a pillar in the activities of the Church of God, carrying out work in five main areas—environmental protection, disaster relief, blood donations, social welfare, and smile campaigns. To date, the Church of God has conducted more than 4,600 environmental protection activities around the world. Recently, in the wake of Hurricane Maria, churches of God on the East Coast and the Caribbean, hosted a two-week disaster relief drive collecting canned food, water and basic necessities. On the island, Church of God members have been providing disaster relief to neighbors in need throughout the island. And in the aftermath of the recent earthquake in Mexico City, Church of God volunteers delivered 1.5 tons of relief goods and water to more than 150 households.

About the World Mission Society Church of God
The World Mission Society Church of God is a faith-based, non-profit organization that strives to spread the love of Christ through beautiful deeds. Since its establishment in 1964, the Church of God has grown to more than 6,000 locations in more than 175 countries. For its contribution to the welfare of society, the Church of God has received numerous recognitions throughout the world, including the President’s Call to Service Award in the United States, the Presidential Citation in South Korea, and the Queen’s Award for Voluntary Service in the United Kingdom. For more information, visit wmscog.com.