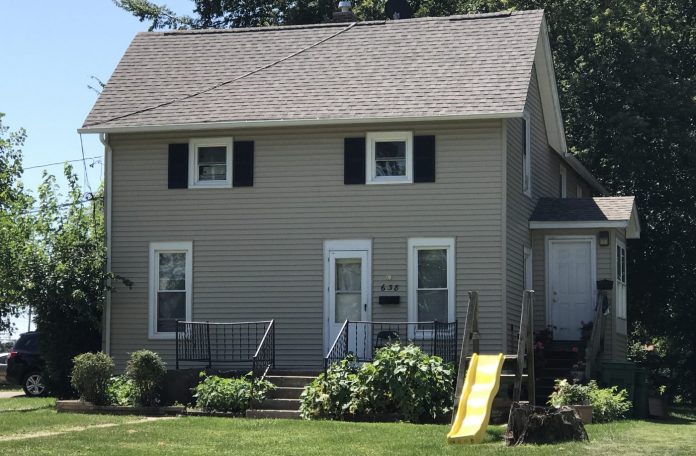 Last summer, we wrote you about the City of DeKalb’s ordinance change a few years ago that placed “single family residence” zoning on older properties that have historically been two-family or multi-family residences. By historically, I mean that these properties have been split into two (or more) flats for 40 years (or more—many were converted during the Great Depression, which means that this has been their use for 80 years). Many of these properties are owned by older, long-term citizens of DeKalb. They have typically lived in the lower level of a two-flat house and rented out the upper level for additional income.

This problematic zoning change was reversed by the City Council in late summer 2017. During the City Council meeting in which this change was reversed, City Attorney Frieders noted that if a property’s use has always been an illegal one, the ordinance change would not suddenly make it legal. Further, he bragged that the City could produce zoning ordinances and permit applications dating back to the early 1900s.

Since the ordinance change of late summer, clients purchasing such multi-family units are requesting sellers to provide written proof from the City that their use as multi-family residences is and has been legal, non-conforming. When the City has been asked to issue letters confirming such, the City either a) ignores the request, or b) demands that the current owner prove that the current, long standing use has always been legal. The current owner is required to provide copies of building permits that unequivocally demonstrate that the conversion of a property from one to two family residence was accomplished with the City’s blessing. If the current owner cannot produce such paperwork, then the City will not issue anything in writing but will verbally inform the prospective buyer that the property has an illegal, non-conforming use. That is usually sufficient to kill the sale.

Here’s the problem—if the property was converted, it happened decades ago. Contrary to the City’s assertion that zoning regulations and building permit information dating back to the early 1900s is readily available at City Hall, members of the staff admit otherwise. Permit records dated before the 1960s have either been lost or thrown away. Copies of zoning and building codes that were in effect before the mid-1980s are not available because they have been lost or thrown out. When trying to establish whether a client’s home was converted properly (if it was converted), the City expects the current owner to have all the paperwork that may have applied to the job from 40 to 80 (or more) years ago. Like the City, those prior owners lost or threw out those documents decades ago, and the current owner is being left holding the bag. Compounding this situation, when one attempts to obtain copies of the relevant building permit information and pertinent zoning and building code information for a specific property, the City’s FOIA administrator claims that the request is unduly burdensome on the City, and the FOIA request is refused.

There is a sane solution to this insane situation. The City Council can establish a statute of repose to cover these older properties. Any property that has been openly used as a multi-family residence for decades can be exempted from the zoning “violation.” Our office has fought against these ordinances for over a year and provided over $5000 in pro bono legal services to this cause. We are not asking for your money, but we are asking for your help. Please contact your alderperson and the mayor and weigh in on this issue. They do listen. They will understand the situation. But they need to know that you consider this a major problem and want it fixed.