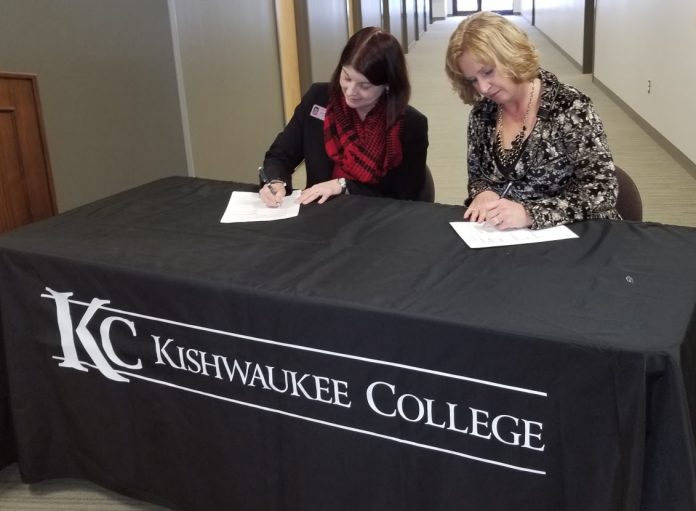 School libraries and two local public libraries are the recipients of state funding to expand their collections and complete capital projects. The Governor released the funds and the Secretary of State, who oversees libraries, announced that DeKalb County schools will receive $16,338 and DeKalb and Sandwich Public libraries will get over $5 million.

The School Library Grant program was designed to help provide more library books and materials for the students of public schools in Illinois. The state legislature has authorized up to a $.75 per pupil expenditure for qualifying schools. The grant award is based on funds appropriated by the General Assembly and the official enrollment as of the previous September 30th per school district. All DeKalb County Schools received funding.

DeKalb and Sandwich Public Libraries received checks last week for the balance of the capital grants they were awarded under a 2009 state program. DeKalb will hold a celebration reception on February 2 to which a number of state officials have been invited to see the fruit of the investment and thank local banks that provided bridge loans until the state money was provided.

Honoring commitments that the state makes is important and why I have continued to work for these capital grants to be paid in full.

NIU Acting President Lisa Freeman and Kishwaukee College President Laurie Borowicz recently signed an innovative nursing agreement to expand their academic partnership. The RN to B.S. Degree completion program is a customized academic pathway that allows students to take classes simultaneously at both institutions and complete with a Bachelor of Science in nursing degree.

The program meets the increasing need in healthcare for nurses who hold a BSN in a way that is time- and cost-efficient for students. The program includes on-line courses and avoids the all too common problem of course transfer from community college to university. I believe higher education across our state should emulate this spirit of cooperation in other subject areas that will help more adults have the credentials needed to good paying jobs, make higher education more affordable and help address the declining enrollments in Illinois institutions.

ComEd to Pass Savings on to Customers

The Federal Tax Cuts and Jobs Act (TCJA), which became effective on January 1st, decreased the corporate tax rate from 35 percent to 21 percent, reducing the amount of federal income tax ComEd will have to pay. That rate change, in addition to the investment ComEd is making in its equipment and transmission lines through the Smart Grid Law passed in 2015, provides cost savings that can be passed onto ComEd customers. In Illinois we should celebrate every tax reduction.

The December 2017 State revenue report from the Commission on Government Forecasting and Accountability (COGFA) documents sputtering economic growth and urges the legislature to do something about it. The report, on the 10th anniversary of the Great Recession, shows that State Gross Domestic Product (GDP) rose by only 3.8 percent from 2007 to 2016. This rate compares with 9.1 percent for the rest of the Midwest and 10.7 percent nationally.

Illinois GDP grew approximately $25.4 billion during the period led by growth in the Agriculture, Forestry and Hunting sector; the professional, Scientific and Technical Services sector; and Health Care and Social Assistance sector. The Construction sector shrank 19 percent and the manufacture of durable goods dropped by $6.7 billion. One bright spot was the manufacture of nondurable goods (chemical, petroleum and coal products) which outperformed both the Midwest and the U.S. averages.

The Commission’s economic team continues to call the General Assembly’s attention to areas of weakness within the economy and, by inference, alter its policies that would create a more robust economy. During this election season, citizens should challenge candidates for details about their ideas and efforts to grow the economy and make Illinois more competitive.

As 2017 came to an end, the U.S. Census Bureau used trend data to conclude that Pennsylvania had replaced Illinois as the fifth largest state. Both states have more than 12.8 million residents.

The end-of-year Census estimates are based upon statistical analyses of population trends and are not based on actual physical counting. The next Census that will physically count state residents will not happen until 2020.

Each year, counties, municipalities, townships and special purpose districts submit their financial statements and audit reports to the Comptroller’s Office. These user-friendly reports show local government revenue, expenditures, fund balances and debt. Data Summaries for individual units of government demonstrate financial standings, and the indicators gauge the fiscal health of each unit based on averages and medians.

Each year I meet with juniors and seniors from each high school in my district over several months to hear their views about state issues, broaden their understanding of how to influence public policy and observe Springfield in action. With all the attention on leadership at the state and national levels this year, we focused last week on the traits of what they consider to be effective leadership and Illinois’ reputation for corrupt elected officials.

In today’s climate we tend to forget that effective leadership is about influencing others, mobilizing action and reaching a desired goal. Students could easily name individuals in politics, sports and entertainment that they considered effective but not always socially responsible. As they approach voting age, being able to discern a good leader will be important.

Discussion over Illinois’ reputation for corruption found incidents of local and state corruption from almost the formation of our state. They agreed the reasons for this behavior came from failure to perpetuate a culture of ethical behavior, to identify and vigorously prosecute unethical behavior, and elect only people with a strong ethical conscious.

At our next session we will discuss some of the current policy issues that are likely to be debated in the legislature this spring and why a legislator should support or oppose them. Almost as important as the issue will be learning how to look at an issue from all sides and discern fact from nonfact.

Every year, on the third Monday of January, we celebrate the life of civil rights leader Martin Luther King. We remember, reflect and celebrate the movement he led to end segregation across the Nation, and that resulted in the Civil Rights Act of 1964.

Today, more than ever, we need to emulate his courage, non-violence, and civil conversation about public policy, social justice, and opportunity for all. It would be fitting on this day to interact with someone with whom you don’t usually agree and search for common beliefs and goals.

Finally, employers got a couple of fee reductions coming into the new year. A state law reduced the filing fees for new Limited Liability Corporations from $500 to $150 and the annual fee all corporations pay was reduced from $250 to $75. These rates will help Illinois be a little more competitive with other states.

The Illinois Department of Employment Security (IDES) also announced they are dropping mandatory employer contributions to the state Unemployment Insurance Trust Fund by $800 million this year. Part of the employees’ wages or benefits are withheld by the employer and paid to the state to build a fund for possible unemployment payouts. As are result, employee paychecks should be a little bigger this year.

Have a great week and call my District Office to share your opinions or if I can be of assistance. The House will resume business on January 23 and the Governor will give his State of the State address on January 31.