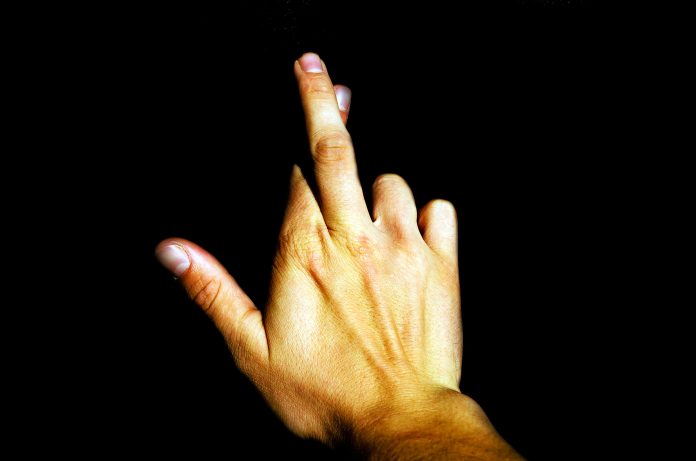 DeKalb residents bailed out the DeKalb Public Library (DKPL) when it needed it most. In return, members of the DKPL board of trustees seem poised to break promises they made in return for that help.

A crisis was created when, in late 2015, the state budget impasse prevented the Illinois State Library from releasing construction grant money to DKPL that it needed for completing its library expansion project. Nobody knew how long the impasse would last, and the delay posed the threat of a possible shutdown of construction with winter coming on.

To address this development, DKPL passed two resolutions in November 2015. The first was a resolution to seek a bank loan to cover the outstanding grant amount of $4.5 million. The second resolution, which they took to the DeKalb city council for approval (the library being a component unit of City of DeKalb) was a proposal to raise the library’s property tax levy request by $500,000 per year in order to pay back the loan.

DKPL claimed that the additional levy amount was temporary and would be repaid. The resolution says that any property tax monies collected for the purpose of the loan “will be fully rebated to DeKalb taxpayers by use of an abatement of this or future levies for said debt service on replacement borrowings in the interim period.” And during the December 14 council meeting, library board president Virginia Cassidy read a statement that the board had availed themselves of the “the option to temporarily increase the library tax levy to access a closed-end line of credit so that the expansion can be completed in a timely manner” and that “the funds from the levy would be used exclusively to pay the interest on the funds that we would access from the line of credit.”

Illinois now has a budget, and all but $1.1 million of the construction grant has been released to DKPL. Does this mean the library board is taking steps to reduce the levy accordingly, and to fully rebate the taxpayers? No, it does not. During a special meeting held January 24, the promises became just one scenario of four. Neither of the two favored plans include the promised downward adjustment to the property tax levy, and the board is considering reducing the rebates, too.

The board is expected to take final action during its regular meeting February 14. 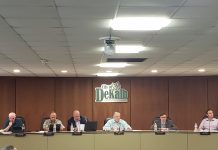 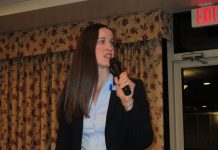