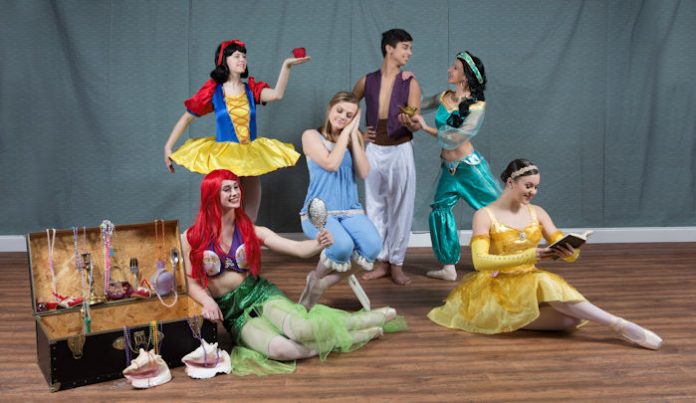 It’s a story centuries in the making, a tale as old as time, an enchanted journey through the dreams of a young girl. Or is it more than a dream? 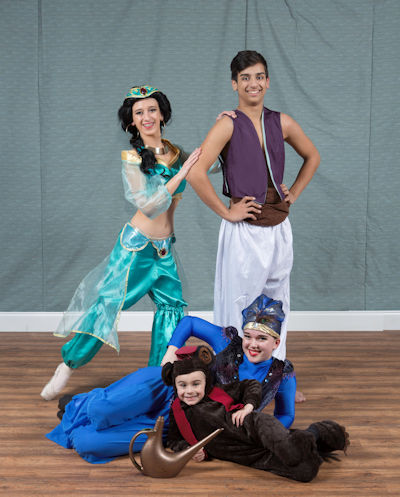 Come see Storybook Ballet at the Egyptian Theatre this Friday, March 16 at 7pm, Saturday, March 17 at 2pm and 7pm, or Sunday, March 18 at 2pm. Purchase tickets by visiting BethFowlerDanceCompany.com or by calling the Egyptian Theatre Box Office at (815) 758-1225.  Every child’s ticket includes a “Photo Meet & Greet” backstage after the show with the Princesses and all the cast!

In the Storybook Ballet, the company and students of the Beth Fowler School of Dance take theatre-goers through the pages of the tales that have defined the imaginations of children for generations, using the power and energy of dance to spring to life the magic-filled bedtime stories, and transport viewers to the Enchanted Forest, the musical realm under the sea, the desert sands of mystical Arabia, and the wonder-filled, cursed castle of The Beast.

Beth Fowler first staged the original production in 2013, answering the call for a family-friendly, yet exquisitely beautiful ballet to complement the BFSD’s other repertoire of classical productions.

The story begins with Marie, played by Alyssa Vicary, of Genoa, a young girl like so many others, who, before heading off to bed, begs her mother to read her favorite stories. Yet, just as she is about to drift off to sleep, four fairies flitter into her room, and through the power of magic, bring the characters through doors hidden in her storybook into her room, playing out their stories before Marie’s wondering eyes. “It’s the princesses we all know and love, coming to life out of a storybook,” said Vicary. “It’s every little girl’s dream, and Marie gets to live it.”

First through the storybook door is Snow White, portrayed by Jennifer Flatland, of Hampshire, who will take Marie through the familiar tale of terror and travail against the Evil Queen, played by Lydia Carpenter, of Sycamore, until she is restored by a kiss from the Prince, danced by Larry Pool, of Rockford.

Next through the Storybook, Marie witnesses the tale of the Little Mermaid, Princess Ariel, played by Becky Baert, of Genoa, who together with Prince Eric, played by Wade Tischhauser, of Chicago, King Triton, played by Phil Masterton, of Rockford, and her undersea friends battle for Ariel’s voice, and their very lives, against the wicked sea witch, Ursula, portrayed by Lindsey Haugen, of St. Charles.

Following intermission, the characters of the story we know as the tale of Aladdin then waft magically into Marie’s bedroom, as Aladdin, played by Jacob Bliujus, of Sycamore, and Princess Jasmine, portrayed by Taryn Sarto, of Genoa, with their friend, the Genie (Lydia Jacobson, of DeKalb), battle for their future and their city of Agrabah against an evil sorcerer.

Finally, Marie watches, still in amazement, as the enchanted characters of the tale of Beauty and the Beast enter her room. Belle, portrayed by Lindsey Haugen, and The Beast (Larry Pool), join with their enchanted friends, the candelabra Lumiere (Jacob Bliujus); Cogsworth the clock (Abby Lewis, of St. Charles); the feather duster, Babette (Anne Fritsch, of West Chicago); Mrs. Potts, the tea pot (Kaitlynn Rollo, of South Elgin); and little tea cup, Chip (Brooke Baurer, of Geneva), join together to defeat the treachery of Gaston (Wade Tischhauser) and break the curse cast by the Enchantress, portrayed by Becky Baert.

At last, the fairies return Marie’s bedroom and storybook to their ordinary states, and leave Marie to her rest, while leaving onlookers to wonder whether she had merely walked in a dream, or had truly lived every child’s fantasy.

Featuring choreography created by Beth Fowler, with assistance from rehearsal faculty Brooke Fowler, Allix Sester and Lydia Carpenter, and costumes created and coordinated by Madlyn Steffey. The elaborate Scenery Sets are designed and created by NIU’s Sahin Sahinoglu. Storybook Ballet will amaze and captivate patrons of all ages.

The cast and crew of the Beth Fowler School of Dance invite you to join Marie on this spectacular romp through the pages of these timeless tales, and soak in the wonder of The Storybook Ballet.