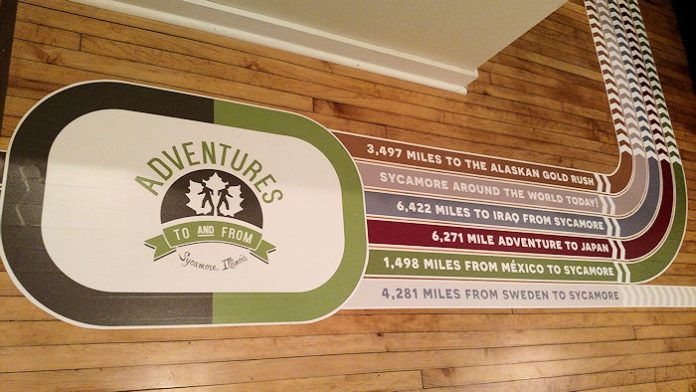 “Adventures To and From Sycamore” is coming to an end. The DeKalb County History Center, formerly the Sycamore History Museum, has scheduled the display to close on March 29. Alaska, Japan, Sweden, Mexico, France and Iraq are not necessarily places you would describe as having a strong connection to Sycamore. However, the exhibit “Adventures To and From Sycamore” explores stories in these faraway lands and shows how they are connected to local people with amazing stories. 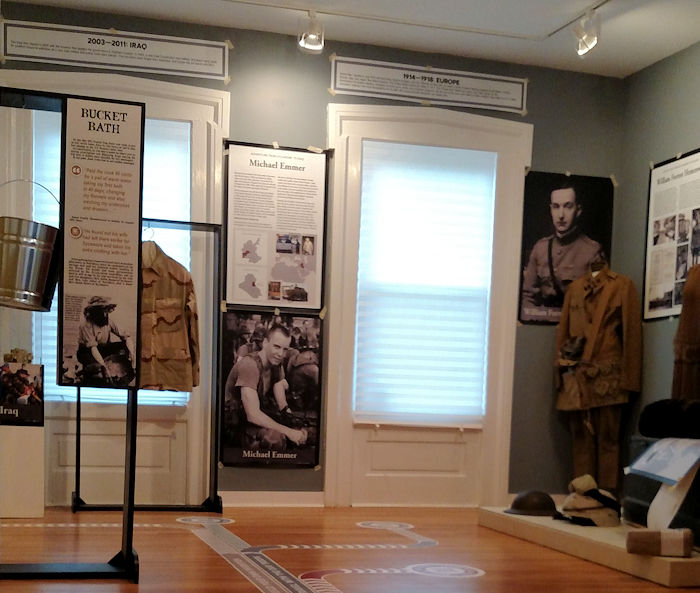 The exhibit opened in April 2017. There are four main themes: immigration, education, military and expeditions. Within these themes two local people are highlighted. For example, in immigration, Gustaf Carlson came from Sweden when he was a little boy in the 1880s and just under one-hundred years later Kristina Garcia’s family arrived from Mexico. Both have different stories, yet both families became very involved in their new community. Expeditions to Alaska by Preston Jones and to Japan and Singapore by Georgia Townsend Yates provide exciting tales of journeys preserved in family letters written in the 1890s. In honor of the 100th anniversary of the United States entering World War I, William Hemenway a Sycamore boy who fought in France in 1918 is told, while the display also explores the story of a more recent veteran, Michael Emmer. He served our country for twenty years. His last tour was in Iraq during 2005 while the country voted on a new constitution.

The exhibit includes interactives. There is a map where you can discover brief stories about local residents that have “Adventures To and From Sycamore.” Younger children can play in the “Invention Lab” and create something that could be sold nationally or internationally.

For more information about the exhibit call 815-895-5762 or visit sycamorehistory.org. The DeKalb County History Center is located at 1730 N. Main Street, in Sycamore. Hours are Tuesady – Thursday, and Saturday from 10:00 – 2:30, or by appointment. Admission is free for members and children under the age of 14, $5 for adults.