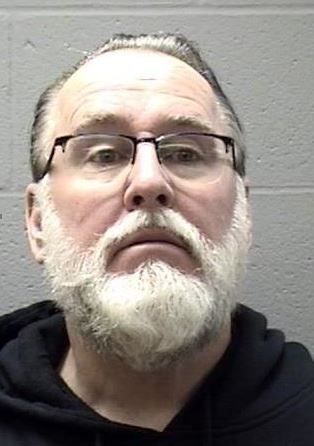 On February 8th, 2017, two board members from the DeKalb School District reported that they received inappropriate text messages and photographs from an unknown person. One of the photographs depicted a female engaged in a sexual act.

The board members stated that the text messages and photographs came from a phone
number that they did not recognize. The board members identified the female depicted in the photographs as an employee of the school district. That employee was interviewed by
investigators and it was learned that she had previously given Doug Moeller copies of the
photographs that were sent to the board members.

During this investigation, Investigators interviewed numerous individuals, obtained search
warrants for phone records and phone calls, while working with the DeKalb County State’s
Attorney’s Office. On April 12, 2018, an arrest warrant was issued for Douglas Moeller for Non-consensual Dissemination of Private Sexual Images. Bond was set at $10,000 dollars, 10% to apply. On April 13, 2018, DeKalb Police Investigators and Elgin Police Officers arrested Douglas Moeller at his residence in Elgin without incident.