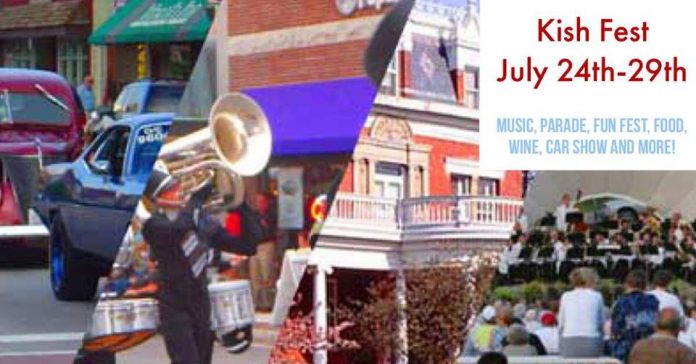 Nothing is more exciting for kids of ALL ages than a parade. Kish Fest Parade of Parades will feature live bands, floats, pageant queens, youth groups and more. The parade kicks off at 7:00 PM (evening parade.) Celebrating its 8th Anniversary, the parade features a unique variety of entertainment groups. The Parade Marshall and Military Parade Marshall will be selected from local nominees. New units include antique fire trucks, a circus wagon with a working music calliope, local dance troops, service clubs, and more.

Music in the Parade includes Drums Corps, Bag Pipe Bands, Steel Drum Band, Rock Bands and Country Bands. Many of the music groups park in the down town area after the parade for an olde fashion street dance. The 2018 version of “Parade of Parades” features over 90 units and is becoming a regional favorite of parade goers.