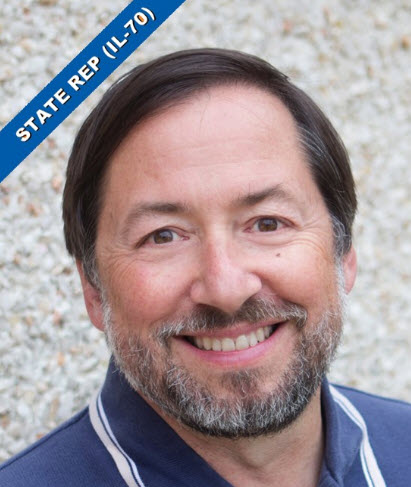 The race for Illinois State Representative for the 70th District will consist only of the two candidates from the major parties – Democrat Paul Stoddard (me) and Republican Jeff Keicher.  A potential third candidate, Libertarian John Mathey, fell short of the required number of signatures.  John collected more than enough to have earned a spot as an established party candidate, but the rules in Illinois say third party and independent candidates have to collect over 3 times as many signatures as do Democrats and Republicans.  I think we can all guess why this is.  But nevertheless, it is undemocratic.  Democracy is not served by restricting voter choice.  We need to change this rule and create more opportunities for people to run for office.