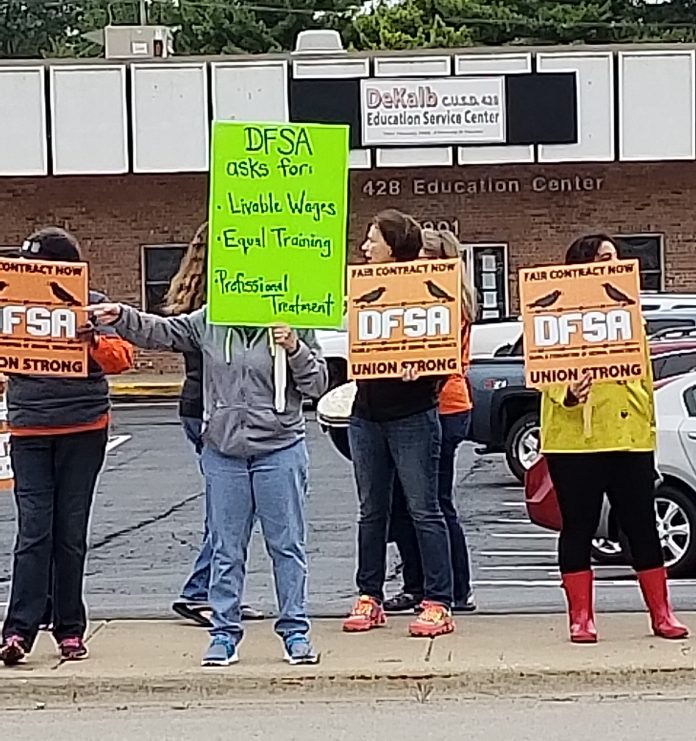 Members of the DeKalb Federation of School Assistants (DFSA) and supporters picketed outside the District 428 Education Center for the third day this week on Friday evening.

As their union representatives negotiated a new contract inside the district office on South Fourth Street, the school assistants stood outside in a light drizzle, holding signs and chanting for “a livable wage, equal training, and professional treatment.”

“[We expect] to be treated like the professionals that we are,” said Bettina Ball of Rochelle, who is a teaching assistant at Dekalb High School. “We’re not just moms out there working at the schools anymore; we’re actually professionals who are hired to do a job. We’re working with kids, handling things, doing lessons every day.” 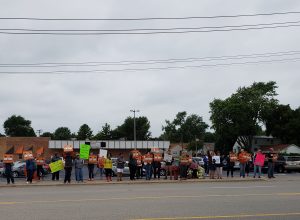 There were also teachers holding signs and chanting in support of the assistants, and Ball said that they know they have a lot of people behind them, including all of the different unions in the district. She said they would remain out there Friday night until their negotiating team tells them to go home.

Ball said if things don’t go right tonight, they will be out there picketing in front of 901 S. Fourth Street as many days as they need in order to get people’s attention. 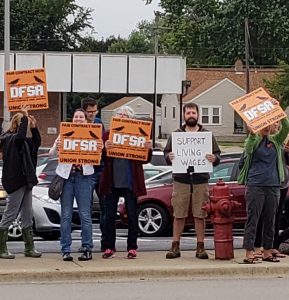 In 2014, when they signed their last contract, DFSA represented 229 District 428 employees, including health, security, teaching and office assistants. The salaries of those employees accounted for about 7% of the district’s budget at the time.

Earlier this month, the district announced that they would be receiving an additional $2.8 million in funding from the state because of the new school funding formula. This created a $2.4 million operating surplus, based on the current budget.

Update: The District 428 School Board and DFSA reached a tentative agreement Friday night. Details of the agreement have not yet been released.