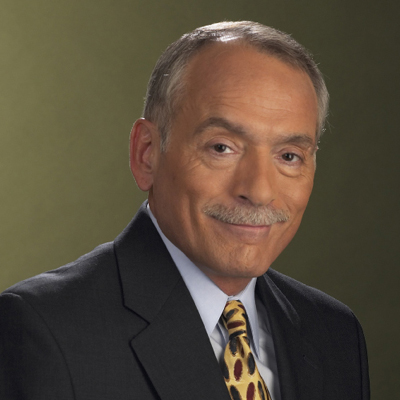 Tom Pisapia is someone you should know. Tom grew up in Oak Park and came to DeKalb in 1968 to attend Northern Illinois University and graduated in 1973. After college and a few odd jobs he began his career in the banking business. Tom started his finance career at the First Savings and Loan Association of Sycamore in 1976 (what is currently the branch of First Midwest Bank on DeKalb Avenue in Sycamore). He became active in the community and was involved with the local Jaycees chapter and became a volunteer and supporter of the NIU Huskie Show Band. He left the DeKalb area to move to the suburbs to advance his career and to to raise his family in 1982. His career in banking expanded to take him on a financial odyssey to Fannie Mae, Merrill Lynch Capital, the Federal Home Loan Bank and the FDIC/RTC. This was a journey from Main Street Banking (Sycamore, Illinois) to Wall Street high finance and back. Not surprisingly, the final chapter (15 years) of his career was working with the credit union industry with offices and home in Madison, Wisconsin. The credit union movement gave him that same feeling of purpose and a greater good that he remembered from his early career when he started in the savings and loan industry.

From all these experiences, Tom had gathered information and stories to write his first book, Pottersville, Where is the Bailey Building and Loan? (Dorrance Publishing, 2017). This book chronicles the growth and demise of the savings and loan industry. The story line is a somewhat autobiographical ringside view of the rise and fall of the savings and loan industry, the people responsible for the needless demise of an important piece in the building of our American way of life, the business of savings and loans, and their effects on small town America. The book reads as a cross between It’s a Wonderful Life and The Big Short. It is dedicated to the long time President of First Savings and Loan Association and Sycamore resident, Gordon Carlson.

Pisapia is now working on his next book that traces the role women played in history, starting with the European immigration of the late 19th century, and many other events as they unfolded in the U.S. and other parts of the world during the period from 1870 to 1970. His own family history will be a focal thread in this saga, beginning with his grandmother’s birth in a small mountain town in Italy in 1888 and her transatlantic journey and life in America.

With all Tom’s success, professional experiences and international travel, he has taken a chapter from The Wizard of OZ and realized there is no place like home. After being away for 36 years, he returned to DeKalb this past June to rekindle old friendships and be closer to his family. He feels the town has changed a lot but there is also a unique future with the various building projects and special events like the Music at the Mansion (Ellwood House) programs. As a foodie and gourmet cook, Tom has been visiting the various restaurants and the specialized food shoppes. When not working on his next book, Tom likes exploring the bike paths in DeKalb and perfecting his love for cooking and grilling.

Tom Pisapia is someone you should KNOW.