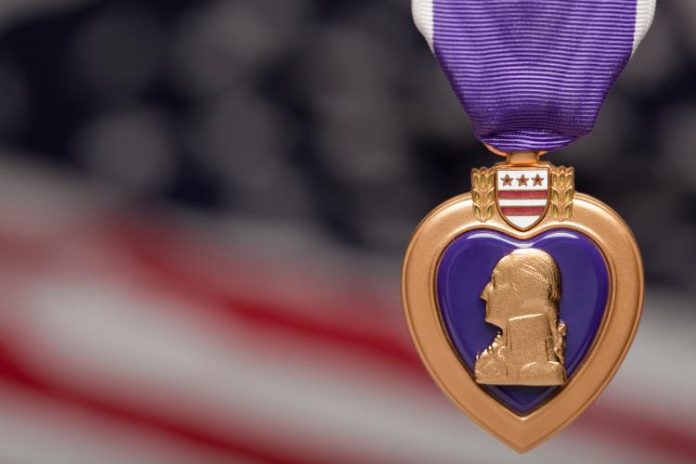 The Purple Heart is a heart shaped purple medal with a gold border. The front has a profile of George Washington, while the back has the words “For Military Merit” inscribed on it. The medal is attached to a piece of purple silk with a silver border. The current estimate is that about 1.8 million Purple Hearts have been awarded since the Military started issuing the medal. Today, in addition to being awarded to those who fight wars overseas, the Purple Heart is also given to military personnel who display bravery and valor as prisoners of war and while fighting certain types of domestic terrorists.

The holiday also encourages people to pay their respects to fallen soldiers, to listen to the stories of soldiers and veterans, and to thank them for their service to the nation. Purple Heart recipients are also for those special people that cannot tell their story.

This is part of DeKalb County Online tribute to Veterans and military members.