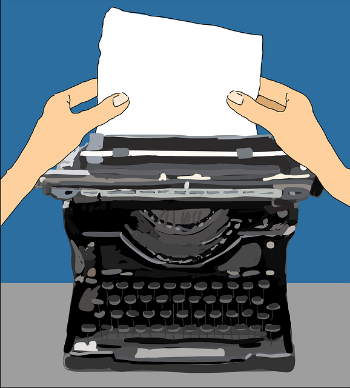 To the DeKalb Community,

As we all go about our daily routines, no doubt we, and in some way, we touch upon the variety of questions and concerns we have about our world, our country, our local community. Often, though we shake our heads in disbelief at what is happening, we simply mumble and grumble without taking a step forward to find out more information and perhaps even step forward to speak out and get involved. Stating that one voice won’t do anything to change matters is incorrect…one voice can make a difference…several voices are even better. So, this voice is speaking out urging other voices to at least demand some answers.

The issue at hand is TIF (Tax Increment Finance). This is a program geared to work with tax dollars that have been withheld from the various governmental entities for the purpose of collecting these monies so they can be expended on local projects that will rejuvenate an area thus enhancing the value of a particular property or area so that the entire community benefits for years to come. Sounds like a decent concept, everyone pitching in, sacrificing a bit, preparing for a better future. Now for the bubble bursting darts which are the questions and concerns coming from various parts in the community. Many have questioned the impact TIF has had on the community over the years. Where has TIF been successful Where has it failed? Where are the records of the details of the various TIF projects? Where is the accounting of the dollars collected and expended? How many dollars have been directly expended on specific projects? How many dollars have been expended on administrative costs? These questions/concerns need to be addressed.

The City of DeKalb is seeking to create a new TIF District. As this new TIF #3 was presented to the JRB (Joint Review Board), which is the advisory board that reviews TIF matters, the questions/concerns surfaced yet again. The JRB members include representation from District 428, Kishwaukee College, DeKalb Township, DeKalb County, DeKalb Park District, City of DeKalb, Citizen Participant. At its initial meeting in early August, the JRB decided to continue its meeting to September 4th, since there was a rather spirited exchange surrounding the questions/concerns, and again continued the meeting to September 7th. Obviously, there is a realization that dialogue needs to continue and that questions/concerns need to be addressed. If mistakes have been made, we need to know what they are so they can be corrected. Though the JRB is an advisory body, we’re talking about the gathering of a county wide group of people who, in reality, represent not only the interests of their specific entity, but, the taxpayers to which the entity is directly accountable.

There is no question in my mind that all the details of TIF have not been shared. The City of DeKalb should have done a better job of keeping all TIF information up front and center. Also, the JRB as a unit, and the other governmental entities should have pushed harder to obtain information…perhaps they were too complacent. Regardless of the why, it is the what that needs to be revealed so that past practices that may very well have been faulty will be (not shall, not may, not perhaps, but WILL) corrected. This means that WE must all work together to get to the truth. It is not only the JRB, or the elected officials, but it is the public, the taxpayers. There is not room for sitting this one out…get involved. Contact your representatives on Council. Contact the Mayor. Talk to your neighbors. Write a letter to the editor. Attend a meeting. There will be a Public Hearing on September 10th at City Hall during the Regular Council Meeting which begins at 6 PM. For the sake of your community, please attend.

Come and listen. Come and speak. Come and ask questions. Come and demand that TIF information be brought forward. Come so that you can be informed.

View the YouTube video of the September 4th JRB meeting….the reason that it was recorded is because I kept pestering the City about it…see, one voice can make a difference.

At this point, frankly, unless all these questions/concerns are answered, the DeKalb City Council should not proceed with approving a TIF #3. Let’s do what we can to demand the answers.

Respectfully and with Love of Community,
Bessie Chronopoulos 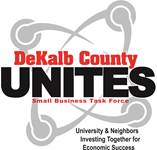 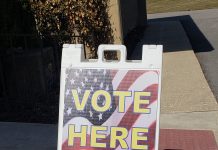 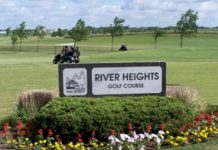