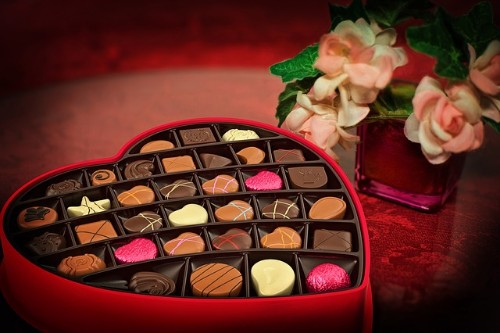 From its inception as Candy Day in 1916, this day reminds us that even small tokens improve the lives of those around us who are suffering or going without. While the day may have begun with candy and sweets, encouraging us to take home sweets to our sweethearts and friends, it is a day full of lessons in persistence, resilience and doing small things greatly.

National Sweetest Day found its beginnings in a holiday as the National Confectioners Association encouraged Americans to patronize their local candy shops, bakers, and drug stores for the highest quality confections. In 1929, Sweetest Day settled into its current home, the third Saturday in October.

War & Veterans:
With war raging in Europe in 1917, many candy retailers encouraged patrons to “Get one for yourself and one for the boys overseas!” 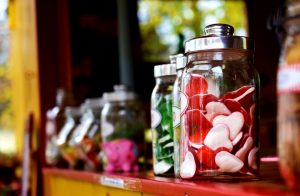 When the United States officially entered the war in 1918, sugar, as well as many other commodities, became scarce. The holiday that was starting to see such sweet success was put on hold. With the end of the war in 1919, sweetness returned to October. So sweet in fact, Candy Day became an entire week.

Then in 1923, Sweetest Day’s theme of charity and giving became apparent when the Detroit Retail Confectioners, Detroit Wholesale Confections Club, Detroit Jobbing Confectioners Association and the Michigan Confectioners Club joined forces with the Red Cross to distribute thousands of bags of candy to hospitals, orphanages, shelters and veterans homes across Michigan.

In DeKalb County, the end of October to November 15 is celebrated as a time to honor military members serving overseas by sending sweets. Sweets4Troops.com is an organization started by local military veteran Michael Embrey to send sweets to military and veterans as a way to make the holidays a little sweeter. Candy is collected by various veteran groups, Fire Departments and service groups from November 1 to November 15. Local school children also donate through their schools (Lincoln School, Clinton Rosette School).

Are You Sweet?
If you forgot about Sweetest day and want to make it up to the one you love, you can plan something special and book a spring cruise with FunME Events/The NICE Society, DeKalb County’s premiere tour company.

Wanting to stay local? Book a limo from NICE TLC and take that special person to dinner at the elegant Ellwood’s Steak & Fish House (DeKalb). For a unique staycation, maybe this would be your opportunity to book a Jacuzzi suite at Red Roof Inn DeKalb.