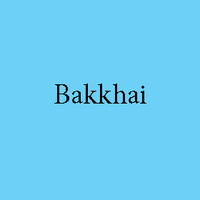 Written during Euripides’s final years, The Bacchae premiered posthumously in 405 BC and won first prize in the City Dionysia festival competition.

Dionysos is son of God Zeus and mortal Semele, the god of grape harvest, wine, ritual madness, and religious ecstasy. When Semele is killed by a bolt of lightning, Dionysos’s family rejects him because they believe that Semele lied about her affair with Zeus.

Armed with his group of bakkhai, Dionysos returns, disguised as a stranger, to his birthplace in Thebes to punish his family for the treatment of his mother. He drives his aunts into madness, and they flee to Mt. Kithairon to worship him. Pentheus, Dionysos’s cousin, ruler of state and preserver of social order, is threatened by the worshiping women and arrests Dionysos as the stranger who brought the women into his domain.

Now close to his cousin, Dionysos is able to exact his revenge. When a cowherd brings news of the maenad women in the forest, Pentheus is intrigued and excited by the tales and heads into the forest to see the women. Dionysos orders them to attack the vulnerable ruler as the first and largest step in his master plan. But Dionysos still has more family members to punish.

Written during Euripides’s final years, The Bacchae premiered posthumously in 405 BC and won first prize in the City Dionysia festival competition.