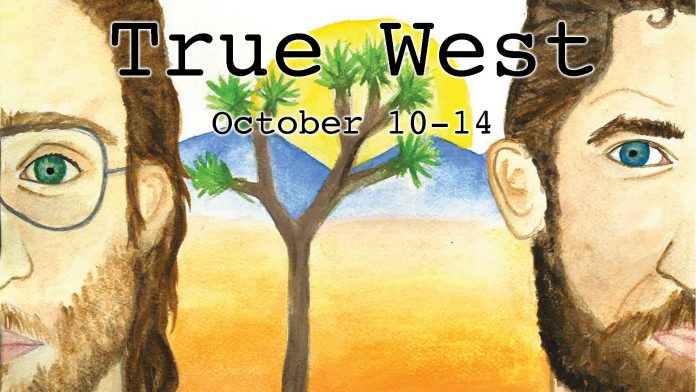 Our season wouldn’t be complete without honoring the late great playwright, Sam Shepard. In this American classic, we visit two brothers in the scorching terrain of the California desert where tempers run as hot as the sand beneath their feet. The upstanding and successful Austin is working on a script for a movie that he sold to producer Saul Kimmer. Austin’s brother Lee, the unhinged thief, drops in during a meeting with Saul, and pitches a half-baked, frenzied movie idea.

Despite Lee’s inability to string a coherent sentence together on paper, Saul drops Austin’s thoughtful script to produce Lee’s shoot-‘em-up Western. A defeated Austin agrees to help put Lee’s ideas to paper. When faced with having to cooperate, the brothers descend into a drunken conflict, and soon their roles as successful family-man and unbridled drifter somehow reverse and they each admit they’ve always wished to live the life of the other.

This production is a part of the NIU Theatre and Dance Studio Series 2018-19 Season at the Stevens Building.