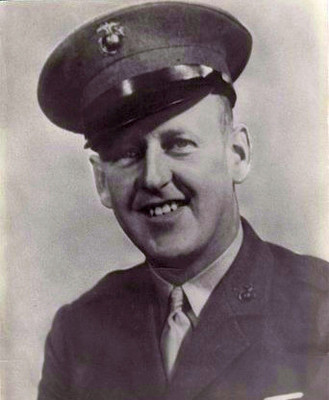 USMC TSgt Harry “Bud” Carlsen served in the United State Marines during World War II as the Quartermaster Maintenance Chief for Company A of the 2nd Marine Divisions’ 2nd Amphibious Tractor Battalion. From August through December of 1942, he participated in landing assaults against several strongly defended enemy positions in the South Pacific, including Tulagi, Gavutu, Tanambogo, Florida, and Guadalcanal, British Solomon Islands.

In November of 1943, he was among the first troops to assault the heavily fortified enemy defenses of Betio Island Red Beach One, Tarawa Atoll, Gilbert Islands as part of an advance team whose mission was to establish a headquarters for tractor battalion operations.

TSgt Carlsen was KIA (Killed in Action) on November 20, 1943. He was 31 years old. Bud was one of 550 Marines killed in the battle whose remains were not identified. Dog tags were removed, gravesites obliterated, and records lost. In 1946, his unidentified remains were moved to Hawaii’s Schofield Mausoleum. In 1949, his remains were reinterred at the National Memorial Cemetery of the Pacific at Hawaii’s Punchbowl in grave E1212.

Due to extensive research by William Niven, Rick Stone (Chief Rick Stone and Family Foundation), and Mark Noah (History Flight), the search for Bud focused on grave E1212. Work by Nancy Spellman, Bud’s niece, and great nephew Ed Spellman, led to the exhumation of E1212 and the conclusive identification of Bud in June 2018.

TSgt Carlsen’s family chose Glueckert Funeral Home in Arlington Heights for his services. Information about arrangements can be found at www.glueckertfh.com . TSgt Carlsen’s remains will arrive at O’Hare Airport on Delta Airlines Flight 2573 from Salt Lake at 1:33 pm on Wednesday, October 10, 2018.

A procession to Glueckert Funeral Home will depart O’Hare at ~2:30 p.m. escorted by the Patriot Guard and a USMC escort. The procession will travel through Bensenville, Elk Grove Village, Mt. Prospect and Arlington Heights. Please be patient as there may be delays for the flight. Please take some time from your busy day to honor one of our Nation’s Fallen Heroes.

EVERYONE is invited to stand along the route to honor this Fallen Hero. If possible, stand with an American Flag.

NOTE: This is part one of a three-part series on “The Greatest Generation is Now Leaving.” This special military series is written by DeKalb County Online Publisher Michael Embrey. S/Sgt Michael Embrey is a veteran having served four (4) years with the US Air Force Band/Drum Corps. He is a member of four (4) military veteran groups, including: American Legion Post 66, AmVets, 40 & 8, and Buglers Across America. 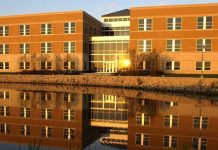 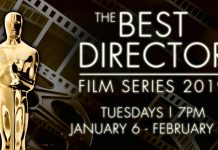 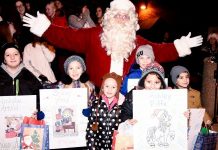 Exciting Things to DO This Weekend