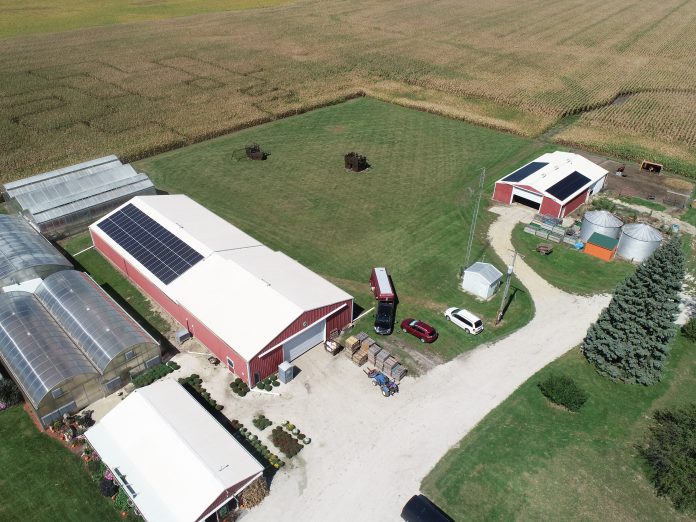 There has been a lot of discussion about proposed solar farms throughout DeKalb County, but one local farmer is taking the matter into his own hands.

Mark Yaeger, Owner of Yaeger’s Farm Market and Greenhouse, recently installed two solar energy generation systems at their property in DeKalb, IL. Rather than starting a new business venture, though, the goal of Yaeger’s solar power system is simply to meet the large energy needs of their current operations.

“We vegetable farm. We grain farm. My son owns livestock, so we’re going to be putting in a pasture. That’s what we do to make a living and we’re very happy with that,” said Yaeger.

Because of the high energy costs of running a vegetable-growing business, Yaeger had thought about installing a solar energy system for a long time, but after consulting some people he finally took the plunge this year.

Yaeger said their energy needs are higher than for your typical grain farmer. Since they are in the vegetable business, they have a cooler that runs all summer long and uses a lot of energy. They have greenhouses with cooling fans that run in the spring. Their market is open seven days a week from April-October and is always pulling energy. Their grain systems consume a lot of energy two months out of the year. They also run an electric furnace for a month when Yaeger’s son is farrowing pigs. 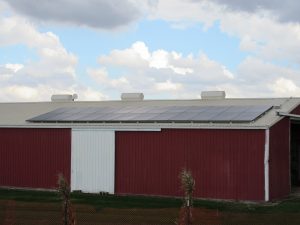 Yaeger’s set up their first solar system on the farm in August 2018 to generate enough electricity to meet the needs of their greenhouse and farm market. Then they put in a second system that would generate enough power to run the rest of the farm, including their livestock and their green growing system. Their second system went online in mid-September, after a permitting delay. Yaeger went through a company called Windfree Solar out of Chicago, who designed, permitted and installed the system.

Both of their systems are built to be expandable and they have space to increase their size if necessary. All of the solar panels are on the roofs of buildings.

“I don’t have to mow around it. It’s low maintenance, up on the roof, out of the way,” said Yaeger. “I did not want a ground base.”

Since one of the buildings has east-west exposure, they installed the same number of panels on each side in case part of the day is cloudy. September was a sunny month and they were able to produce a lot of energy.

Yaeger said his electric bills have come down substantially since installing the solar energy system. This is their peak time for power usage, but during the winter they might be able to bank some electricity. ComEd allows you store up unused solar energy for up to twelve months.

“This system should provide us 100% of what we need for the whole year,” said Yaeger. 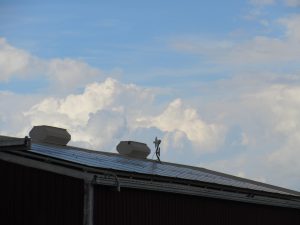 Between federal and state government assistance to set up the solar system, and the fact that they use a lot of energy that they are now producing via sunlight, Yaeger is reaping significant financial dividends from his investment. And with the reduced energy expenses, it should make it easier for them to keep their produce prices down.

Right now, the federal government is offering a 30% tax credit for the total cost of the solar energy system that’s installed. You also receive renewable energy credits per kilowatt-hour you produce. Yaeger said that with all of the incentives, his S-racks will be completely paid off in four years. He is also considering installing solar panels on the roof of his home.

In addition to the solar panels being easy to maintain, Yaeger also has an app that allows him to check on how much is being produced by each of his panels 24-hours a day, to make sure they are functioning properly.

“It’s a neat system,” said Yaeger. “It’s going to fun as we get more months under our belt to see how it really performs.”

Get YOUR Appointment for Holistic Services by George Moore! 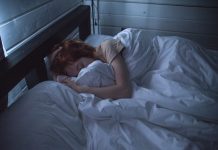 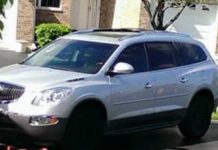