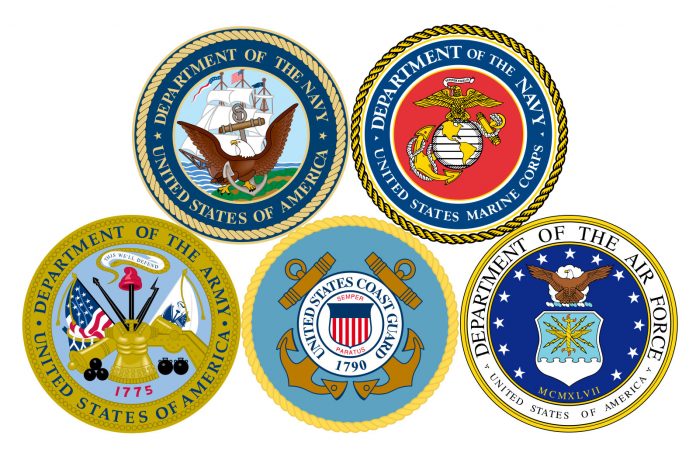 With the actual Veterans Day yesterday, and observance of Veterans Day today, veterans around DeKalb County are getting deserved recognition and rewards for their sacrifices.

Any military veterans who reside in DeKalb County can apply. Applications for the DeKalb County Veterans Honor Roll can be obtained either by the application link below or by contacting the County Clerk & Recorder’s office at (815) 895-7149.

Applications may be submitted via email to countyclerk@dekalbcounty.org or by mail to: 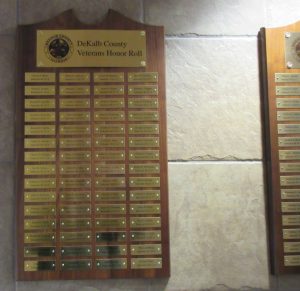 Veterans added to the honor roll are presented with a certificate of recognition during the monthly County Board meetings and their names are added to the list, which is maintained by the County Clerk. The veterans’ names are also added to the Honor Roll plaques that are located outside of the Veterans Assistance Commission in DeKalb.

Tammy Anderson, Superintendent of the DeKalb County Veterans Assistance Commission, said there are approximately 6000-6700 veterans living in the county; however, there are currently only 139 names on the honor roll.

“We’d like to have all veterans who call DeKalb County their home up on the board,” said Anderson. “It is also to immortalize the veterans. One hundred years from now people will be able to look it up and see that someone was honored for their time in the Army.”

You can submit an application for yourself, or for a friend or family member. The honoree just needs to be a veteran and live in DeKalb County. They do need to have been honorably discharged and they are required to submit a copy of their DD-214.

Anderson believes some veterans don’t apply because they think that others are more deserving.

“Every single person who raised their hand to serve their country in the military earned the right,” said Anderson. “It’s just something we want to do.”

In addition to honoring veterans by recognizing them on the county honor roll, the Veterans Assistance Commission wants to help veterans in any way they can. Besides being good-hearted public servants, they are also veterans themselves.

Anderson served for eight years in the Air Force during the first Desert Storm campaign, from 1983 to 1991. The Asst. Superintendent, Luz Maria Gilkey, is retired from the Army Reserve. She was called to active duty during the Bosnian War. Tim Stubinger, Veterans Service Officer, is a veteran of the Marine Corps.

The staff at the Veterans Assistance Commission try to help veterans get benefits that can make their lives a little bit better, especially if they have medical conditions associated with their military service.

“We just pretty much want them to come in and see us,” said Anderson. “We won’t sugarcoat it. If you’re not eligible for something, we’re not going to give you false hope.”

Anderson said they are ranked as one of the top Veterans Assistance Commissions in the State. They get a lot of referrals from the V.A., especially from clinics in Rockford and Madison.

“We have a constant flow of people coming in all the time,” said Anderson.

Anderson said it’s the most rewarding, most frustrating and most sad job all at the same time.

“It’s great, because you can help people. It’s sad because in order to help them a lot, that means they’re in pretty tough shape,” said Anderson.

Both Anderson and Gilkey agree with that assessment and are glad to be doing what they do.

“I love working here,” said Gilkey. “I love the feeling of helping our veterans for everything they’ve done for us.”

* To view additional pages of the Veterans Honor Roll below, mouse over the image and then click on the arrows at the bottom to scroll down. 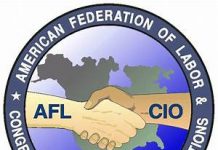 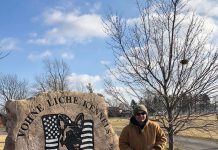 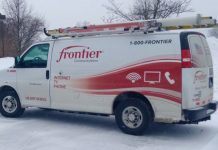