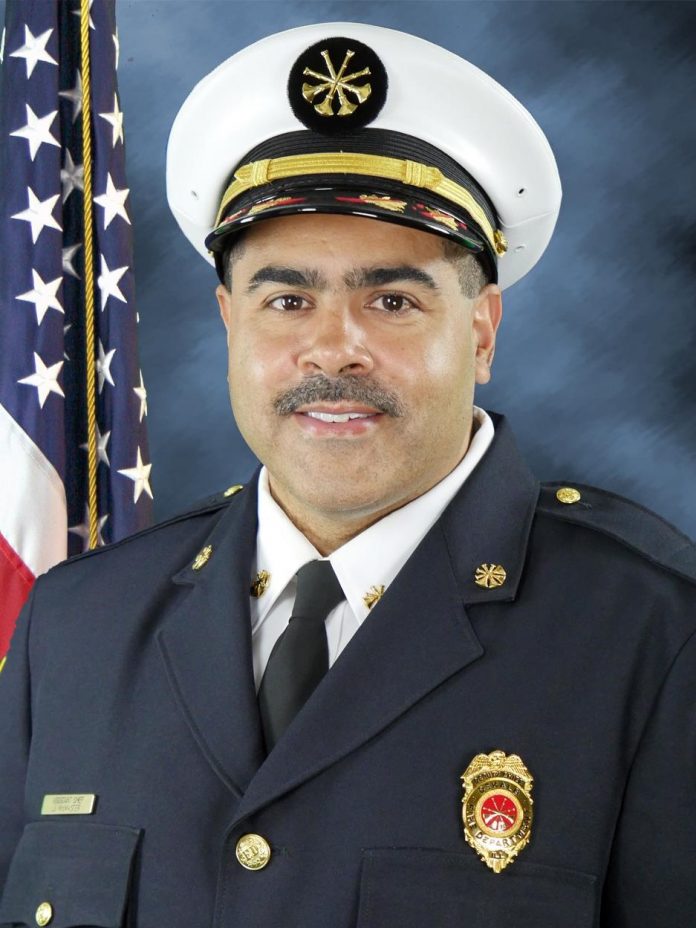 On Thursday, November 29, 2018, Fire Chief Eric Hicks will retire from the DeKalb Fire
Department after nearly 30 years of dedicated service to the City of DeKalb. Upon Chief
Hicks’ retirement, Deputy Chief Jeff McMaster will assume the role of Interim Fire Chief.

Deputy Chief McMaster is a 23-year veteran of the DeKalb Fire Department. He was
promoted to his current rank of Deputy Chief in 2015 after moving up the ranks of the
Fire Department. Deputy Chief McMaster is a graduate of the United States Fire
Administration’s Executive Fire Officer Program, which is a series of leadership courses,
taught at the National Fire Academy in Emittsburg, Maryland, designed to provide
senior fire executives with an opportunity to enhance their knowledge, skills, and ability
to lead the transformation of fire and emergency medical services.

“After conferring with Chief Hicks’ and others, it is clear to me that Jeff McMaster is
ready to lead the Fire Department through this period of transition,” said Interim City
Manager Raymond Munch. “In addition to being knowledgeable about the fire service,
he is well-respected throughout the Fire Department and the community.”

Deputy Chief McMaster’s appointment to Interim Fire Chief will become effective at 5
p.m. on November 29, 2018, and will remain in effect until a permanent Fire Chief is
appointed sometime in the future. The process for that appointment has not yet been
finalized.