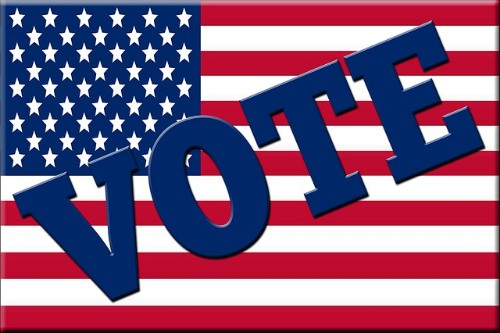 Voting is one of the last free things our government lets us do without taxation. There is a major push for this off-year election to have one of the highest turnouts.

DeKalb County Online is not endorsing any candidates in respect to the voters. When a media source, organization or union endorses a candidate, it tells the voters you are not smart enough to make an informed decision on who to vote for. In one of our regional elections, when a union supported a candidate a donation soon followed, and now that candidate is indebted to that union.

In reviewing local media ads (print and electronic), 70% of the political ads were negative comments about opponents. Approximately 30% of these ads talked about what “good” the candidate would do in office. If the only way the candidate can look good is to make the other candidate look bad, we have a problem.

In the local 70th district race one candidate mailed out seven (7) different post cards saying how bad the opponent was. If this is the tactics of these candidates, there is little wonder why nothing gets done in our state and federal governments. It is also interesting how the media ads used other political names to show a negative on their opponents. The names of Trump and Madigan were mentioned more than any candidate running at any level.

There was little talked about fiscal responsibility at the state level. And if the two candidates for Governor can spend 160 million dollars (JB) and 70 million dollars (Rauner), these candidates show little value in what the dollar can do. Both Governor candidates have made reform promises, yet provided no real answers. Promising less taxes and more services do not equate. What are the problems of the State of Illinois and County of DeKalb? How are these issues going to be solved without raising taxes?

Being a politician is not being one dimensional. There are many issues that need to be addressed. A major lesson is we cannot continue to spend more than we have funds for. Yes,  there must be some blood letting, but there is no other way to fix these problems.

If you have voted, thank you. If you have not please make an effort to vote for the right candidate for the job … not based on party, sex, creed, color or religion, but on the quality and integrity of the character who seeks that office. Once these new candidates are in office, we need to challenge them to keep their promises and to understand the statement of …. “We the People,” not “We the people and organizations that gave you money.”

For last-minute information on candidates, check out: https://illinoisvoterguide.org/