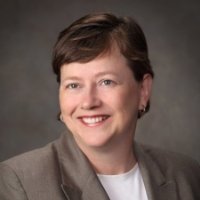 Gaura will receive a base salary of $175,000, with the additional potential for annual increases, according to the agreement. Her employment contract runs from February 19, 2019 until May 2021, at which time her employment contract can be renewed. She is currently Interim City Manager of Homer Glen, Illinois.

According to the Lincolnwood release, Gaura has more than two decades of village management experience in Illinois towns, including Montgomery and DeKalb. In Montomery, Gaura was credited for various capital projects, including the construction of a police department, village hall, water treatment plant, multiple water towers and other water improvements. As DeKalb City Manager, Gaura was credited for her work on a $15 million reinvestment project in downtown DeKalb, the implementation of a 10-year water infrastructure plan, and other community projects.

The release also stated that Gaura helped create the Metro West Council of Government, an association founded in 2004 that represents 33 towns in DeKalb, Kane and Kendall counties, and she was named Model Administrator of the Year by the American Society of Public Administrators.

Anne Marie Gaura seems to continually land on her feet after leaving her previous jobs. In DeKalb, she had received an extension of her contract and then resigned several weeks later in a mutal parting of the ways after the DeKalb Mayor and City Council members stated a vote of no confidence.

DeKalb Mayor, Jerry Smith, confirmed to DeKalb County Online that no one from the Village of Lincolnwood attempted to contact him for a recommendation on behalf of Gaura.