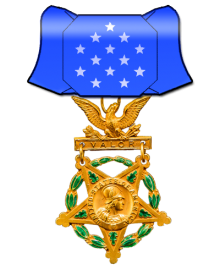 Created in 1861, the Medal of Honor is the United States of America’s highest military honor. It is awarded only to US military personnel, by the President of the United States in the name of Congress, for personal acts of valor above and beyond the call of duty.

The first Medals of Honor were presented on March 25, 1863. The Secretary of War, Edwin Stanton presented Medals of Honor to six Army members of “Andrew’s Raiders” for their volunteering and participation during an American Civil War raid in April of 1862.

There are three versions of the Medal of Honor: one for the Army (Army Air Corps), one for the Navy and one for the Air Force. Personnel of the Marine Corps and the Coast Guard receive the Navy version.

There have been 3,468 Medals of Honor awarded to our country’s soldiers, sailors, airmen, Marines and coast guardsmen. There are currently 70 living recipients of the Medal of Honor. From the recent wars, 472 earned their Medals of Honor in World War II, five in the Korean War, 50 in the Vietnam War, and 13 in the War in Afghanistan. Two medal holders are still on active duty in the U.S. military—War in Afghanistan soldier William D. Swenson of the U.S. Army and Edward Byers of the U.S. Navy. The only female Medal of Honor recipient is Mary Edwards Walker, a Civil War surgeon. 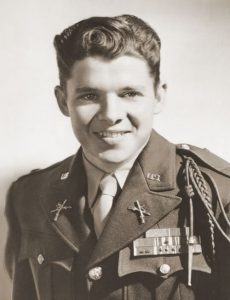 US Army 2nd Lt. Audie Murphy was one of the most decorated American combat soldiers of World War II, receiving every military combat award for valor available from the U.S. Army, as well as French and Belgian awards for heroism.