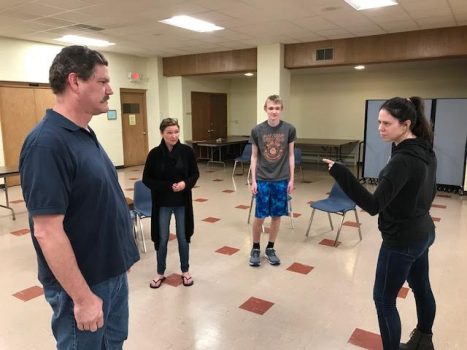 Stage Coach Players entreats you to get caught in a trap of murder and intrigue as they carry on their 2019 season with an offering from the first lady of mystery. The Mousetrap, the world’s longest running play, written by the most renowned author of mysteries, Agatha Christie, takes center stage this June. A group of strangers is stranded in a boarding house during a horrendous snowstorm, one of whom is a murderer.

One of theater’s best-known plays, The Mousetrap is directed by Brad Shortridge who is making his directorial debut with Stage Coach Players. The murder mystery opens on June 27th and runs through July 7th at Stage Coach Theatre in DeKalb.  The mystery opens with the death of a woman and soon Monkswell Manor becomes home to a series of murders and the killer must be stopped before all of the guests and the owners have been duly dispatched.

Giles and Mollie Ralston are the couple who run the boarding house. The guests of the Ralstons include a spinster with a curious background, an architect who seems better equipped to be a chef, a strange little man who claims his car has overturned in a drift, a judge who makes life miserable for everyone, and a retired Army major. Enter a police sergeant, traveling on skis who probes the background of everyone present, all along rattling a lot of skeletons in the closet.

The Mousetrap began life as a short radio play broadcast in May of 1947 called Three Blind Mice, the story originating from the real-life case of a twelve year old boy who died after he suffered extreme abuse while in the foster care of a Shropshire couple. The play is based on a Christie short story, but she asked that it not be published as long as the play ran in the West End. As The Mousetrap has run continuously on the West End since its opening, the short story has still not been published within the United Kingdom, though it did appear in the United States in a 1950 collection of her works. Stage Coach last produced The Mousetrap in 2003.

To purchase tickets, visit their online website at www.stagecoachplayers.com.  You can also call the Stage Coach box office, which opens Sunday, June 23rd.  The phone number is (815) 758-1940.  Come join them to find out whodunnit! 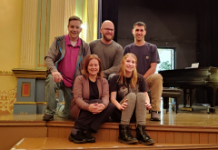 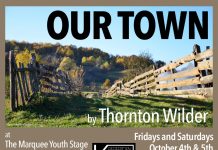 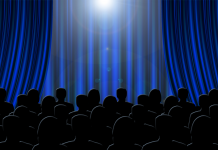