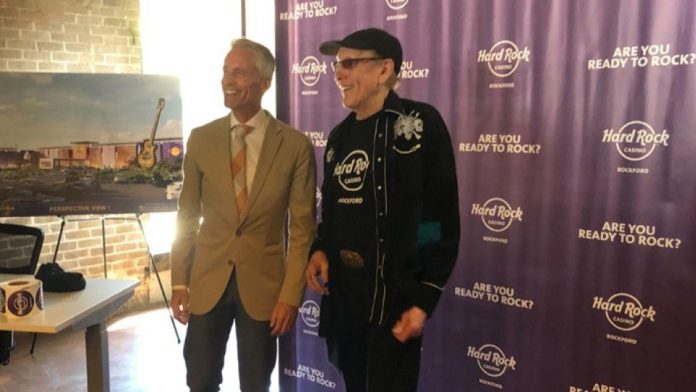 Cheap Trick guitarist Nielsen, along with his wife Karen, are partners with Hard Rock International, which hopes to open a new casino at the location previously occupied by the Clock Tower Resort, on E. State Street near the I-90 tollway.

A group called the Rock River West Casino Group has also announced plans for a casino and aquarium in downtown Rockford.

Governor J.B. Pritzker signed a gaming expansion bill into law on June 28, allowing a casino to be build in six areas in Illinois, including Rockford.

There are several steps Rockford needs to take in the next few months. Proposals are due by 2 p.m. on August 30th, ending with filing the applications with the Illinois Gaming Board by the end of October.

If a license is approved, McNamara believes a casino could be set up at a temporary site by the end of 2019, with the full casino to be built within 2 years.