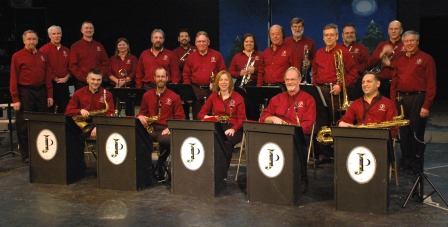 DeKalb: The next concert at the beautiful Ellwood House Mansion in DeKalb will take place Wednesday, August 7th. This will be the “Big Band at the Mansion” show featuring the group “Jazz In Progress”.
Jazz In Progress has become a popular 16 piece big band that has offered entertainment in the DeKalb County area for the past four years. This organization has been formed for musical, charitable and educational purposes to support its mission to advance the appreciation, performance, and history of jazz music and its related genres. The band’s genre includes everything from smooth jazz to swing to big band standards. The main show starts at 7:00 PM.

The opening act will be “The Noah Brooks Coalition”. Lead by the young up and coming Chicago drummer Noah Brooks. The Noah Brooks Coalition features many of the young prominent jazz artists of Chicago. The sound of the Noah Brooks Coalition spans across from the traditional sounds of Miles Davis and John Coltrane to the modern sounds of Robert Glasper and Christian Scott. The Noah Brooks Coalition for Music At The Mansion will be lead by Noah Brooks on drums, Chano Cruz on bass, Scott Anderson on guitar and Isaac Armstead on trumpet.
There will be refreshments available to purchase. A nice selection of beer and wine to purchase hosted by Fatty’s Pub in DeKalb. New this year will be a party pack of cheese, sausage and crackers for sale by Tom & Jerry’s Restaurant in Sycamore.
These concerts are free and are very family friendly. Please bring a lawn chair or blanket and enjoy the last concert of the 2019 season. Parking is available near the Ellwood Mansion as well as the Clinton Rosette school and Congregational Church of Chris parking lots.
The August 7th concert is our back to school concert and will honor both Northern Illinois University and Kishwaukee College. The concert is sponsored in part by: Tom & Jerry’s in Sycamore, Dekalb Park District, Ellwood House Association, Daily Chronicle, WLBK/WSQR, FunME Events and other to be announced. All concerts are sponsored by local businesses, organizations and families to provide free entertainment and make DeKalb a little ‘Paradise in the Country’.