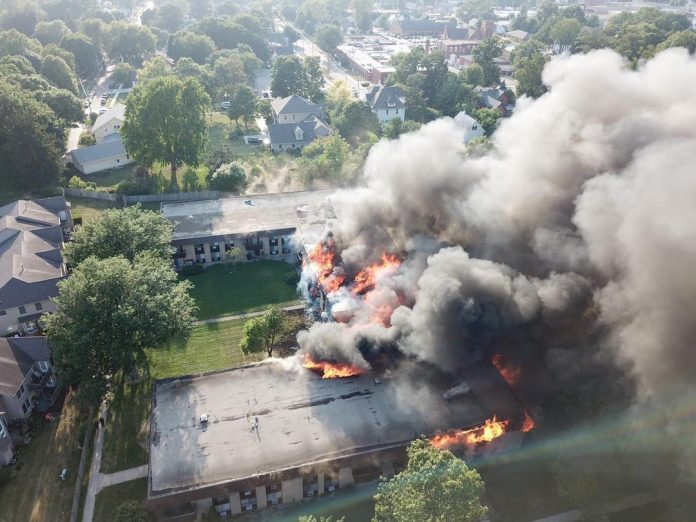 In recent reports on social media, several people have made a variety of claims regarding the fire on Friday, July 27 of St. Albans Greens in Sycamore.  According to the Sycamore Fire Department this is an ongoing investigation and details will be released soon. There have been reports that several tenants have made claims that buildings were not up to code, but there are no official documents related to these claims.

This complex was built in 1966 and had been approved with the codes from that period. Mr. Jim Mason purchased this complex in 1994 and has continued to make improvements within the restriction of the past and current building codes. Fire alarm wiring has been installed in one of the complexes and continued life safety issues have been addressed according to city officials.

Individuals making statements regarding the building and current conditions have not validated any formal paper work that has been issued regarding these complaints and concerns. The residents have had life changing conditions forced upon them and continued finger pointing and questionable here-say does not help resolve the issues.

We will continue to monitor this story and will report details as they become available.