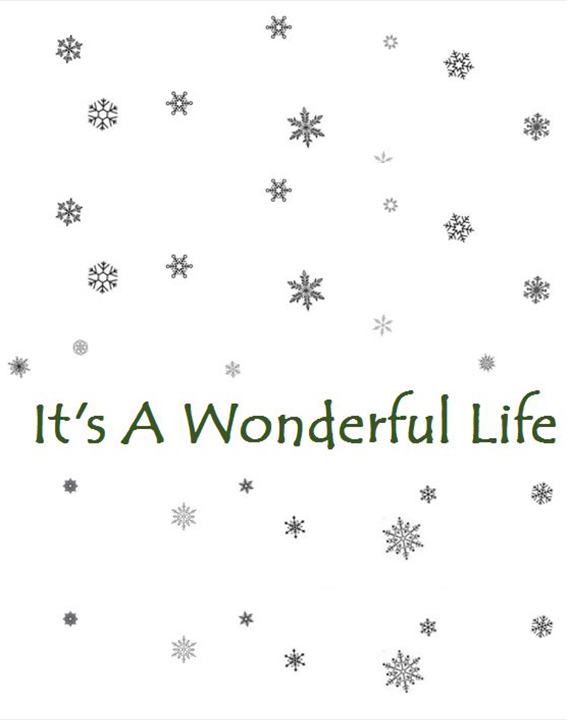 Stage Coach Players announces auditions for its upcoming holiday production of It’s A Wonderful Life, a stage version of the classic story told on the big screen by Frank Capra. Directed by Tim Ball, auditions for this faithful adaptation by Doug Rand will be held at Stage Coach Theatre at 126 South Fifth Street in DeKalb.  Auditions will run Saturday, September 7th from noon until 4:00 pm and on Sunday and Monday, September 8thand 9thfrom 7:00 pm until 9:30 pm.  Auditions will include cold readings from the script.

This adaptation of the classic film provides a vivid portrait of the most common of individuals, George Bailey, a man trapped by circumstance, and a powerful meditation on what makes a meaningful life.  It’s not only a joyful Christmas tale, it’s the love story of George and Mary Bailey.

Everybody’s favorite characters from the 1947 film make appearances in the play from the wicked and greedy Henry Potter to the unassuming angel Clarence to Violet Bick and dozens more.  Needed will be at least 15 men and 10 women along with 8 kids.  Casting includes children and adults aged seven and older.

Rehearsals will begin around October 15th and will be Mondays to Thursdays with the possibility of a couple Fridays or Sundays.  Performance dates for It’s A Wonderful Life are December 5th through December 15th.  For more information about this show and other Stage Coach productions, visit the website at www.stagecoachplayers.com.  Come join us and help make this holiday season wonderful!