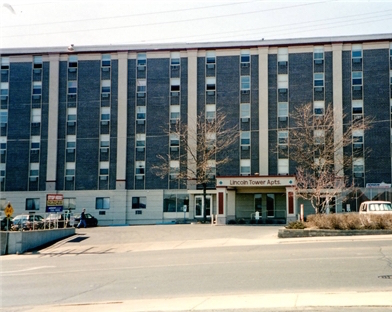 At the Monday night DeKalb City Council meeting a variety of speakers spoke on the lack of quality of certain landlords in the DeKalb area. In the early part of the meeting, Mayor Jerry Smith read a proclamation that addressed the concerns of local citizens on landlords and the recognizing of Larry Apperson, Chair of Human Relationship Commission for his efforts.

Mr. Apperson then thanked the Mayor and city council and went on a 5-minute presentation on how some of the DeKalb area landlords were not keeping up their property and making a life for many tenants extremely bad. After his highly charge comments several local rental residents ask to address the council regarding their experience living in DeKalb.

Jacob Maas, a current NIU student, and leader of the local DeKalb Tenant Association spoke on behalf of the many tenants that are poorly treated by some of the local landlords. The name Hunter Properties came up many times in both Mr. Maas and other speakers as the poorest maintained apartments in the City of Dekalb.

Six other speakers filed to the podium to continue the rant of the poor living conditions in some of the local apartments. The primary concerns were the sub-standard living conditions and lack of follow-up from the apartment maintenance staff. Black mold and trash piled up in the hallways was a reoccurring theme in the comments. The primary concerns were in buildings owned and not maintained by the Hunter Property and Star Hunter Property groups.

Local businessman and landlord Jim Mason also spoke on how a select few bad landlords created concerns for those landlords that are trying to provide affordable housing. “With a 50% decrease in both NIU students and staff, there is a glut of rental properties available, but too many landlords are not keeping their properties up,” said Mason.

Because of the decrease in college student rental, many landlords have lowered rents to attract tenants which leaves very little money for maintenance and upkeep. In the early part of August, the Illinois State Fire Marshall visited Lincoln Towers (Hunter Property) at the corner of Annie Glidden and Lincoln Highway on a variety of problems. Hunter Properties have over 500 code violations from the City of DeKalb.

Mayor Jerry Smith concluded this part of the meeting thanking all who took the time to speak and to assure residents that the city will continue to attack the issues caused by landlords that are not keeping up their properties. “Yes, Dekalb has both good and bad landlords, but it is a shame the few bad apples make everyone look bad,” said Smith.