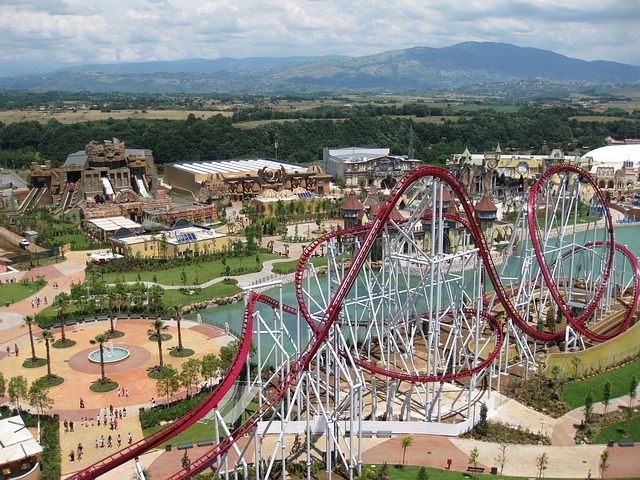 With more and more schools starting earlier in August many young people lose the summer and the chance to visit a theme or amusement park. For families that still would like a mini getaway, there are many local destinations to share with the children. For those that have the Columbus Day holiday (Monday) off from schools, there are many options for families to take a mini-vacation or staycation.

DeKalb County Online has listed below area theme and amusement parks that are close to northern Illinois and still affordable. Depending on the ages of the children, there is something for everybody.

If you are a hardcore thrill-seeker, and fast rides are your game –  Six Flags Great America in Gurnee, Illinois and Cedar Point in Sandusky, Ohio may be the attraction for you. Both theme parks are open weekends for the fall and both have some sort of Halloween ‘fright-fest’ through the end of October. Cedar Point is the best choice for fast speed rollercoasters boasting they have three of the world’s top five rollercoasters.

Last year Six Flags Great America began a new ‘Holiday in the Park’ fest keeping the Park open on weekends until the end of December. The Park will also be open the week of Christmas to give local families a special holiday adventure. This Santa filled event can both get the family into the holiday spirit and make you believe that the jolly old man in the red suit is real.

For those that think theme parks are an American activity, you would be surprised to find out that the United States may have a lot of parks, but not the biggest or best.

Beto Carrero World is the largest theme park in Latin America and one of the largest theme parks in the entire world. The park opened in 1991 and has since developed partnerships with Universal Studios and DreamWorks Animation, meaning you’ll see many familiar characters. Located in Penha, Santa Catarina, Brazil, the park was named after Beto Carrero, its founder. The park has several shows (a cowboy show, a circus show, and others), roller coasters and water rides. At the zoo, you can walk out on a catwalk to observe the tigers or feed baby animals with a bottle. The park also has a German village (Santa Catarina has many German immigrants), a pirate island and an Old West Village.

If you want a traditional theme park vacation in the good old USA, try a vacation package to see the original Disneyland park in southern California and include a visit to Hollywood and Universal Studios. Or a more old-world vacation would be a visit to Coney Island theme park in New York City and include a Broadway show and a visit to Times Square.

To visit one of the US theme parks and enjoy a carefree family vacation package please contact us at FunME Events (Kary@FunMEevents.com -815-756-1263).  If you are more adventurous and want to visit one of the many international theme parks please contact Michael Embrey at FunME Events (M.Embrey@FunMEevents.com -815-756-1263). Plan now for your spring/summer 2020 holiday getaway.