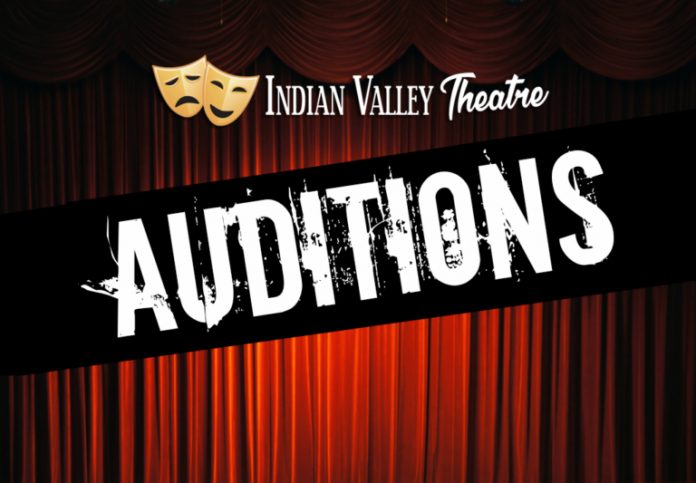 Indian Valley Theatre has announced the cast for their upcoming production of ‘Murder on the Rerun’ by Fred Carmichael. ‘Murder on the Rerun’, will be Directed by Linda Whaley and Produced by Sharon Pagoria. Christine Roe has been chosen as Stage Manager. Auditions took place in early August and the cast is already busy rehearsing.

‘Murder on the Rerun’ takes a different approach to mystery as a ghost tries to find out who murdered her in a witty, sophisticated, yet suspenseful look at the upper crust of Hollywood. The curtain rises to find Jane, Oscar winning screenwriter, dead at the bottom of the stairs in a Vermont ski lodge. Her four friends and husband are saying she fell. “I was pushed!” she says as her ghost rises. Aided by Kitty, a rather wanton adviser from “up there,” Jane is brought ahead to the present, three years after the murder, where the same group is gathered. They are all now famous in the filmmakers’ world and have an intense love/hate relationship: Jane’s husband, Hugh, who has married an ambitious ingénue, Betsy; a heading for middle age leading lady, Valerie; an arrogant director, Justin and Hollywood’s reigning gossip columnist, Edwina. The five suspects join together to keep the possible murder quiet for reasons of their own but their relationship busts apart with their mutual distrust. Woven through the suspense in humorous, acidic, and revealing comedy is an extraordinary whodunit with a surprise denouement when the murderer is revealed.

Performances will be October 18, 19 and 20 @ the Historic Sandwich Opera House.

For more specific information or questions about “Murder on the Rerun” auditions or upcoming performances or Indian Valley Theatre in general, please e-mail info@indianvalleytheatre.com or contact IVT at 815-786-4878 leave a name and number to receive a call back. Indian Valley Theatre is an Illinois Not-for-Profit organization dedicated to the appreciation and development of the performing arts in the Fox Valley area.