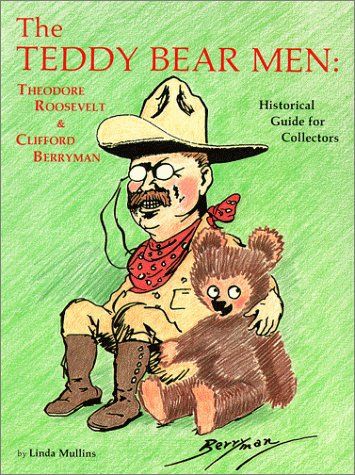 National Teddy Bear Day is celebrated on September 9th. This special day honors the history of one of America’s childhood favorite toys. We have all had a special cuddly teddy as a child. Some of us still have our teddy bear from our childhood.  Whether or not you still have your childhood teddy, the day is a perfect time to celebrate your childhood friend!

The creation of the term ‘Teddy Bear’ is interesting. In 1902, American President Theodore Roosevelt, while hunting in Mississippi refused to shoot a bear cub. This incident became national news. A nationally known cartoonist, Clifford Berryman, published a political satire on the event in the Washington Post on November 16th, 1902.  The cartoon became a national story and caricature became an instant classic.

The Berryman cartoon of Teddy Roosevelt inspired a new name branding of the stuffed bear. Morris Michtom made the first official toy bear called the teddy bear. Michtom owned a small novelty and candy store in Brooklyn, New York. His wife Rose was making toy bears for sale in their store. Michtom sent Roosevelt a bear and asked permission to use the teddy bear name. Roosevelt said yes to name the new toy a “Teddy Bear.”

A teddy bear does not depend on mechanics to give him the semblance of life. He is loved – and therefore, he lives. ~ Pam Brown

Since the advent of the Teddy Bear, a parade of many media and entertainment famous characters have evolved.

Big Bird from Sesame Street had a Teddy Bear named Radar. One of the Muppet characters is Fozzie Bear. This lovable and comedic bear endlessly perseveres with one-liners, slapstick and musical comedy.

Garfield the mischevious loving cat celebrated on armed himself with Pooky, his lovable scapegoat. The British invasion of Teddy Bears included Winnie-the-Pooh and Paddington. In 1981, the Care Bears first became greeting cards. Not long after, they launched into television and toy history. In the early 2000s, the chain ‘Build-A-Bear’ became the go-to place to build your won loveable bear- choice of color, clothing and each bear with a little red heart the creator must insert.

Teddy Roosevelt also has a link to Dekalb County as America’s number one Theodore Roosevelt impersonators use to live in northern Dekalb County.  If you haven’t experienced Joe Wiegand at T.R., you have missed a very unique creation of the entertaining side of the real Teddy Roosevelt. Wiegand travels the county doing a show about the life and times of Teddy Roosevelt. Joe and his wife Jenny Cook Wiegand now live in Colorado Springs, Colorado but make many visits to the Dekalb area to visit family and friends.