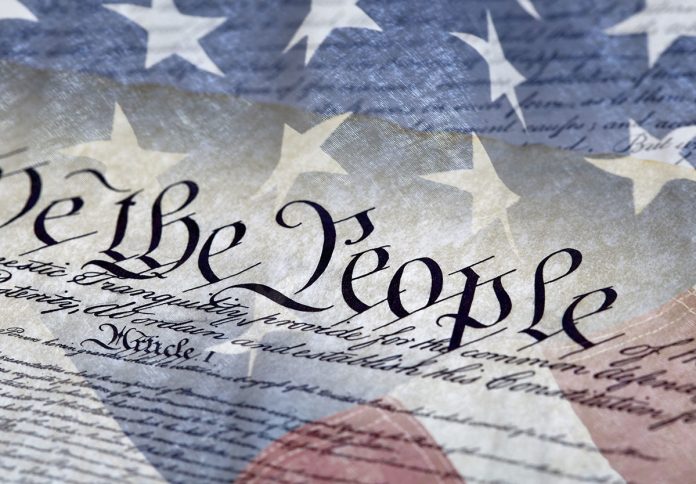 We the People of the United States, in order to form a more perfect Union, establish Justice, insure domestic tranquility, provide for the common defense, promote the general welfare, and secure the blessings of liberty to ourselves and our posterity, do ordain and establish this Constitution for the United States of America.

As the founding Fathers would have stated …..Hear ye, hear ye, let it be known that on September 17, we celebrate the joining together of our nation under a single document. But also be aware that this day in history is also a celebration of all those who have come to the United States and become citizens legally.

Constitution Day, also known as Citizenship Day, is a holiday that recognizes the adoption of the U.S. Constitution and honors all of those who are citizens, as well as those who have become citizens of the United States. It is observed on September 17 – the day in which the constitution was adopted in 1787. If this holiday falls on a weekend, then it is normally observed by schools on an adjacent weekday.

On this day, the President of the United States can choose to issue a proclamation that all governmental bodies must display the Flag of the U.S. on all of their buildings. The President can also ask schools to do the same. It is also customary for various organizations, both civil and educational, to conduct a wide variety of events on this day. These could be as simple as raising an American Flag or as complex as holding a parade. Schools in the United States will often use this day to discuss the Constitution, its history and how it was ratified.

Alexander Hamilton is considered by most historians to be a Founding Father of the United States of America. He was the country’s first Secretary of the Treasury, and can still be seen as the face on the nation’s current ten-dollar bill. He was considered to be a political philosopher and was a co-author of the Federalist Papers along with James Madison and John Jay.

Hamilton did not like the constitution as it appeared in its final draft, but did see it as better than the Articles of Confederation. The Articles were the previous document that organized the 13 colonies during the Revolutionary War. After signing the constitution, he worked hard to get the state of New York to ratify it. Working with Madison and Jay, he took it upon himself to write the Federalist Papers, which was, in essence, a defense of the new constitution of the United States. New York ratified the constitution in 1788 and Hamilton was influential in getting all thirteen states to ratify the country’s new constitution.

This would be a perfect day to have members of the family read this document and understand that written 200 + years ago still have meaning with our bill of rights.
Some of the content for the American Declaration of Independence may have been lifted from the Scotland Independence, made in 1320. The Declaration of Arbroath is a declaration of Scottish Independence, basically saying England cannot control Scotland.   It is in the form of a letter in Latin submitted to Pope John XXII, dated 6 April 1320, intended to confirm Scotland’s status as an independent, sovereign state and defending Scotland’s right to use military action when unjustly attacked. The Declaration was part of a broader diplomatic campaign that sought to assert Scotland’s position as an independent kingdom,  rather than being a feudal land controlled by England’s Norman kings and the Kong of England, as well as lift the freedom of Robert the Bruce (Braveheart). Hamilton spent time in United Kingdom and knew of the various documents archived by the English and Scottish governments.