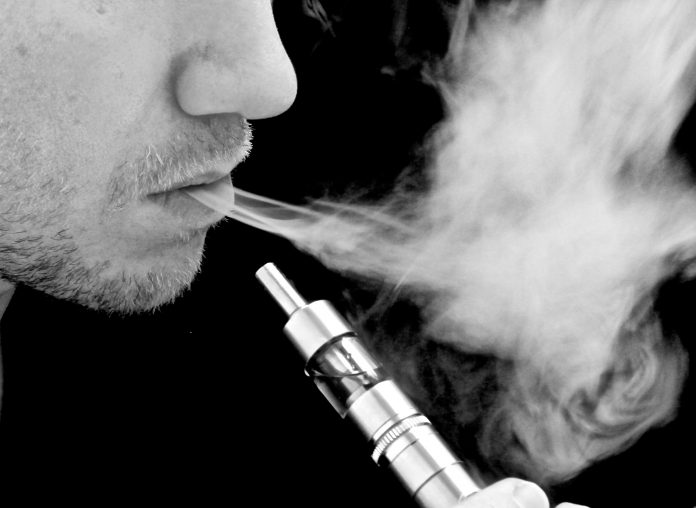 Illinois health officials recently reported that a patient who contracted a serious lung disease after vaping has died, which would make it the first reported death in the United States linked to the smoking alternative that has become popular with teens and young adults. The reported US death toll related to vaping is now three, with hundreds of others reported ill by a variety of reporting agencies

The Illinois Department of Public Health said in a news release that the patient, who was between 17 and 38 years old, had been hospitalized after falling ill following vaping.  The agency didn’t give other information regarding the person, including the patient’s name, hometown or date of death. This information was released at the end of August before more stories and reporting has occurred. Currently, Illinois has 42 confirmed cases of vaping-related lung illness, and one death, across 17 different counties, with 26 more cases being investigated as probable.  The median age of vaping-related illness in Illinois is 22 years old, which is misleading as many school districts are reporting High School and Middle School age students have been reported exposed to vaping.  Of those cases reported in Illinois, 76 percent of the Illinois patients needed to be placed in an intensive care unit (ICU), and 41 percent of the patients were mechanically ventilated.

There continues to be an immense amount of advocates trying to improve brands in the industry that seem to attract younger adults and teenagers. Brands like Juul have been specifically targeted for selling their products with labels that might be considered appealing to children. Medical officials and local/national politicians have stated that these companies are not being responsible and continue to conduct irresponsible business practices. On September 10th, the Food and Drug Administration (FDA) issued a statement chastising vape giant Juul for claiming that its products were safer than cigarettes as well as the company’s general marketing practices.

In talking with families in the DeKalb County area there re concerns that vaping will become a major health problem for people of all ages, especially the younger population. One local parent reported that their child had informed them that students as young as 13 are vaping at or near schools. The issue of vaping was brought up briefly at the Dekalb City Council meeting on Monday and more will be shared on future agendas.