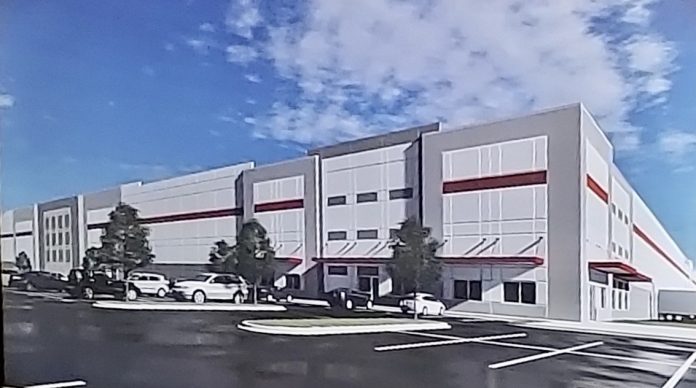 The DeKalb Planning and Zoning Commission heard comments Wednesday night about the proposed manufacturing plant scheduled to be built south of I-88 off Illinois Route 23 and Guler Road. Jerry Krusinski, CEO of  Krusinski Construction, was requesting a permit to build an international food process and distributing plant on land just south of Interstate 88, bordered on the west by Illinois Route 23 and on the East by Peace Road.

The news plans and request for the permit moved the original buildings further east than the original plans, leaving the previous site open for future expansion. The new site would provide a 1.2 million square foot distribution center that would have the possibility of employing up to 1,000 new jobs in the near future.

Paul J. Borek, Executive Director of the DeKalb County Economic Development Commission spoke of the importance of adding new businesses to the County, including the City of DeKalb. Other supportive comments came from other DCEDC members including Frank Roberts, Vice President First National Bank, and Cohen Barnes, President/CEOSundogIT, Inc

There were also comments from local residents that live near the future sight as to a variety of problems the new factory may create. Concerns included the number of big trucks that would tie up the highway without additional lanes. Other concerns were the number of workers cars that would be needed for three shifts.

Other local people commented that the addition of future growth was important but ‘not in my neighborhood’. Some felt the quaint stretch of nicely kept homes would lose value. One neighbor complained that he would lose the vision of sunrise due to the height of the new building. One big concern by both the neighbors and Krusinski was how to control the water runoff from the area. City Planner Dan Olson and City Engineer Zac Gill addressed those concerns that plans were in place to control run-offs as well as dealing with drainage.

The DeKalb Planning and Zoning Commission voted to move forward with the project.