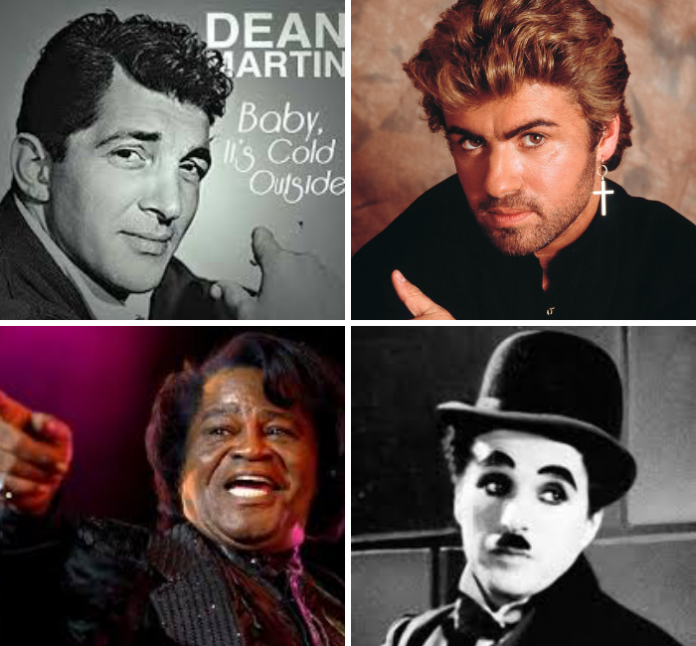 Christmas Day has lost many entertainers and celebrities that have passed away. Here are the top 10 that made headlines with their passing. Musicians, TV and movie stars, sports legend and a young pageant girl made the media’s list of notables. Two of these entertainers made holiday songs popular, Dean Martin (“Baby it’s Cold Outside“)  and Eartha Kit (“Santa Baby“). W.C. Fields was known for his great one-liners: “I was in love with a beautiful blonde and she drove ME to drink, I have thanked her ever since” and “anyone who hates children and dogs can’t be all bad.” Singer James Brown would rock the stage with great hits including “I Feel Good”. “Billy Martin”, was an American Major League Baseball second baseman and manager who, in addition to leading other teams, was five times the manager of the New York Yankees.

George Michaels: Died on Christmas Day in 2016. Singer and entertainer.

James Brown: Died on Christmas Day in 2006. Music entertainer, known as the “Godfather of Soul”.

Other Entertainers who have died in 2019: