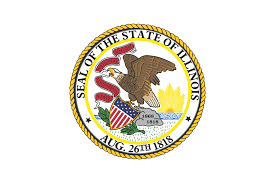 Illinois has dropped to the sixth most populated state, with Pennsylvania taking over the fifth spot. For the past five years, big cities like Chicago, as well as other large metropolitan areas, have been associated with the American dream. However, residents have also been regularly leaving these big metro cities in swarms for a life of lower prices, less crime, and more job opportunities.

In 2019, Illinois lost 51,250 people with many leaving from the Chicago area. A shrinking population creates a host of headaches, including a smaller tax base and a weaker economic engine. Because many federal contributions are based on population size, many cities can suffer a double whammy from smaller and fewer appropriations.

That’s one of the major problems facing Chicago, the biggest city in Illinois, a state that lost perhaps more residents than any other state last year. Illinois’ financial crunch has prompted some observers to suggest it could be one of the first states to file for bankruptcy protection. The population in the Chicagoland metropolitan area declined 0.3 percent to approximately 9.5 million people. Chicago’s shrinking population reflects a loss that will also hurt the entire state of Illinois. The media adage “as goes the economic problems for Chicago, the rest of the state will follow” does apply in the tax and political arena.

Chicago’s population is likely to keep declining over the next few years, according to a Chicago media report. Residents complain about high taxes, the financial stresses on the state, the crime rate and harsh weather. Lack of services and/or higher fees for services challenge homeowners and renters.

This plight also is affecting smaller cities like DeKalb, Illinois. With an increase in local crime, a declining university enrollment, higher taxes on various real estate and the lack of quality paying jobs, the city has seen a decline in middle-class residents. With county and city taxes, DeKalb County is ranked as one of the top three counties in the state of Illinois for taxes.

“I contend that for a nation to try to tax itself into prosperity is like a man standing in a bucket and trying to lift himself up by the handle.“ – Winston Churchill