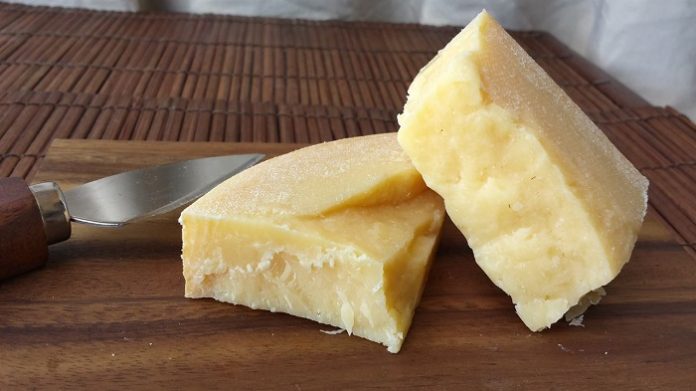 January 20th is National Cheese Lover’s Day. Whether brick or shredded don’t feel bleu, throw a feta or act capricious. This is a time to try something new in your quest for that perfect cheese. Maybe try a goat cheese as an appetizer on flavored crackers.

Cheese also ranks among the oldest foods that people continue to enjoy today – its origins predate recorded history. There is no firm evidence of how cheese making was discovered, but legend tells us it was likely by chance that someone created the first cheese. The earliest record of cheese making dates back to 5,500 BCE in what is now Poland. Today there are over 1,400 varieties of cheese. Thousands of years ago, people transported milk and stored it in sheep stomachs. Left to sit a few days, the proteins would separate into curds and whey. From there, preserving the solids with salt may have seemed a logical next step. Salt was a highly valued preservative in ancient times.

As a dairy product cheese comes in hundreds of different textures and flavors. Semi-soft cheeses, and the sub-group Monastery, cheeses have a high moisture content and tend to be mild-tasting. Well-known varieties include Havarti, Munster, and Port Salut. Cheeses that range in texture from semi-soft to firm and includes Swiss-style cheeses such as Emmental and Gruyère. Medium-hard cheese to semi-hard to hard include the familiar Cheddar, originating in the village of Cheddar in England but now used as a generic term for this style of cheese (marketed by strength or the length of time the type of cheeses have been aged).

Whether enjoyed on its own or with crackers, shaved over pasta, melted between bread or squeezed out over steak sandwiches, cheese remains one of the essential, indispensable foods in world cuisine.

Today is a gouda day to kummin over and have some cheddar or asiago or fontina! So after work visit Ellwoods Steak House and ask Wes for a cheese platter and his recommendation of wine. Or see Jen at Fatty’s Pub and order a Durango Cheeseburger with a cold beer of choice.