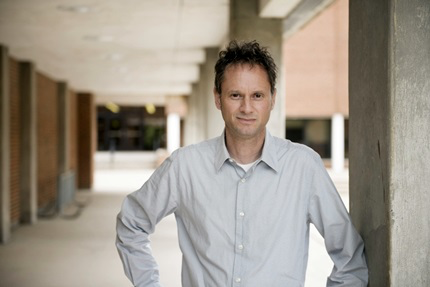 The largest U.S. treatment setting for people with serious mental illness isn’t the country’s network of hospitals, as you might expect. Rather, it’s the prison and jail system, according to NIU Sociology Professor Fred Markowitz.

With that sobering statistic in mind, Markowitz will travel across an ocean later this year to investigate whether increasing inpatient and outpatient treatment capacities would reduce crime and arrest rates.

Markowitz has won a prestigious Fulbright award to conduct the research in Finland during the coming fall semester. He’ll be based at the University of Helsinki’s Institute of Criminology and Legal Policy, one of Europe’s top criminology research centers.

“Insights gained from the fellowship research can be expected to inform mental health system improvements in both Finland and the United States,” Markowitz says. “We want to better understand where to target resources and intervention strategies to reduce the number of persons with mental illnesses who end up in jails and prisons and to facilitate their recovery.”

Most individuals with serious mental illness are not dangerous. But previous studies have shown the risk of violence and criminal behavior is elevated among persons with certain mental illnesses. Additionally, they are more likely to be crime victims.

Finland presents an ideal setting to study relationships between the mental health and criminal justice systems, and the investigation is timely. Over roughly a decade, the Nordic country has seen an increase in the number of persons with mental illness in prison, thought to be a result of reduced hospital capacity. But Markowitz and Finnish colleagues will investigate unexamined community-level processes that also could explain the uptick.

Such a study wouldn’t be feasible in the U.S., where the mental health treatment system is highly fragmented, Markowitz says. Services are often separate from other medical care, with a wide range of inpatient- and outpatient options delivered by private, public, for-profit and nonprofit organizations with funding from a variety of private insurers and federal, state and county governments.

Given the complexities of the U.S. system, many individuals and families face overwhelming challenges in getting the sustained treatment they need to manage mental health conditions, Markowitz says. Additionally, standardized data that allows for comparisons across states and cities is inconsistent or incomplete.

In contrast, Finland has a universal healthcare system that is publicly funded and administered largely at the municipal level. The country keeps detailed mental health records, including data on inpatient capacity, outpatient centers, the number of clinical staff members in these facilities and patient medication compliance.

“Armed with this information, we can better study how the level of treatment capacity in a community is related to crime and arrest rates in a way that is not possible in the United States,” Markowitz says. “We can learn which aspects of community mental health treatments have crime-reducing effects.”

The rate of homelessness in Finland also makes the country an interesting setting for Markowitz’s study. For persons with mental illness in the United States, homelessness can be a pathway to jail or prison, he says.

“Because social welfare expenditures such as housing support are more ample and evenly distributed in Finland, homelessness is not nearly the problem,” he adds. “But there is still variation from one town to the next, so Finnish data will help to examine potential relationships among homelessness, crime and psychiatric capacity.”

While in Finland, Markowitz will interview mental health service providers and criminal justice authorities, in addition to working with his research colleagues at the University of Helsinki. He also intends to deliver guest lectures and provide seminars and thesis advising to students.

“Finland has an excellent system of higher education, and the University of Helsinki offers a high-achieving graduate program, so I’m eager to learn from teaching experiences there and bring those lessons back to NIU.”

The Fulbright U.S. Scholar Program is a program of the U.S. Department of State. Since its inception in 1946, the Fulbright Program has provided more than 390,000 participants with the opportunity to study, teach and conduct research, exchange ideas and contribute to finding solutions to shared international concerns. Fulbright alumni include 60 Nobel Laureates, 86 Pulitzer Prize winners and thousands of leaders across the private, public and non-profit sectors.

Northern Illinois University is a student-centered, nationally recognized public research university, with expertise that benefits its region and spans the globe in a wide variety of fields, including the sciences, humanities, arts, business, engineering, education, health and law. Through its main campus in DeKalb, Illinois, and education centers for students and working professionals in Chicago, Hoffman Estates, Naperville, Oregon and Rockford, NIU offers more than 100 areas of study while serving a diverse and international student body.