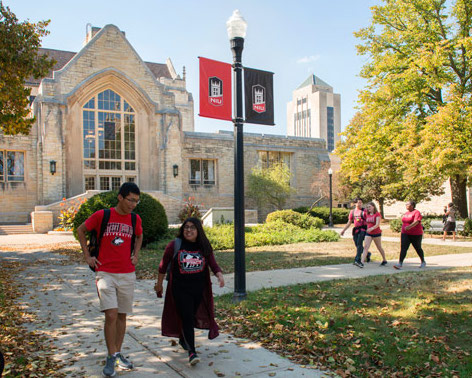 Fall 2019 enrollment at NIU showed a 3% year-over-year decline in total enrollment, with the 2019 headcount coming in at 16,609 students, compared with 17,169 in 2018. Numbers are adjusted to include satellite campuses which would make on-campus enrollment even lower.

As with most universities, the spring enrollment has also declined. NIU has reported that the total enrollment for Spring 2020 is 15,419 students. This represents a decrease of 336 students from Spring 2019’s total (15,755).

Northern’s total enrollment continued to grow through most of the 1970s and 1980s until the school became the second-largest enrollment wide college of all state campuses, trailing only the University of Illinois campuses. Records show fall enrollment has declined in each of the past 10 years since 2009 when there were almost 24,000 students enrolled at NIU.

Why is Northern Illinois University suffering from this major decline? Historically low unemployment rates, a shrinking population, continued decline in all Illinois secondary schools, state funding instability and increased competition from other states have resulted in widespread enrollment declines at almost all Illinois colleges. Add the fact the college has become more known as a suitcase and commuter college.

Illinois’ institutions of higher learning have experienced a major decline of nearly 100,000 students from fall 2008 to fall 2018. Another negative is the 49.3% of all Illinois High School graduates go out of state for college and advanced learning.

Two issues that are concerning for the citizens of DeKalb. First, over the holiday the university built an additional gravel parking lot for 212 spaces for the continued increase number of commuter students. This change adds nothing financially to the community, plus adding additional students’ and professors’ cars and the wear and tear on city streets which the university does not help fund.

Second, the City of DeKalb is using NIU and Kish College as an incentive to help secure future business and industries to come to the area, stating quality learning is available to future workers and their families. With reports of declining enrollment being part of the university image, it will be hard to mention the areas of higher education as a positive.