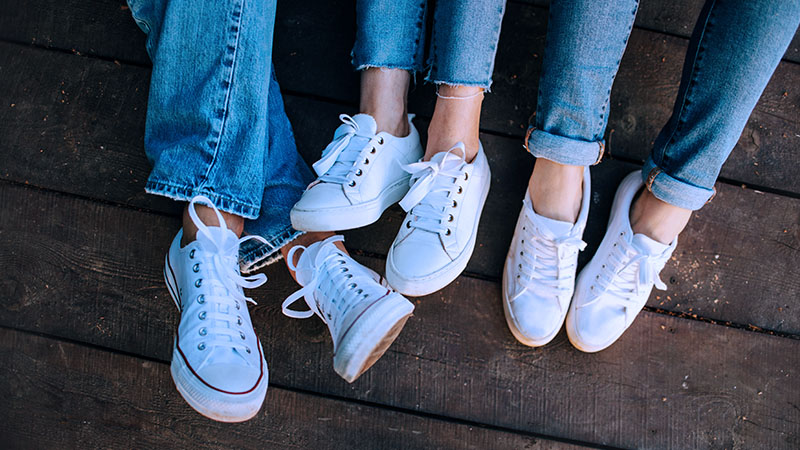 Stories of Strength — and Advocacy

Fear of the unknown and the uncontrollable is common. Multiple sclerosis (MS) contains elements of both.

MS is a disease in which the immune system attacks myelin, or the protective coating of nerves in the brain and spinal cord. Because the disease presents itself differently from person to person, it can be difficult to detect and, once diagnosed, not always readily understood. The bottom line is, if you have MS, you don’t know what the symptoms and disease will look like for you.

Some patients will have symptoms of MS, like fatigue, balance problems or muscle weakness, that are not readily apparent, making it an “invisible” disease. For others, depending on where the myelin has been damaged, MS can be incredibly disabling.

Despite its complexity, advances in research and treatment options continue to change the face of MS. “Research has now provided us with 10 different classes of medications for MS, and in conjunction with advanced MRI technology, this allows us to more effectively optimize treatment for individual patients,” says Northwestern Medicine Neurologist Bruce A. Cohen, MD, chief of Multiple Sclerosis and Neuroimmunology at Northwestern Memorial Hospital.

Individuals living with MS are using their own stories to shed light on this disease, which is three times more likely to impact females. Below, three remarkable women reveal what it’s like to live — and thrive — with MS.

Danielle Muzzupappa, from Elgin, is an accountant for her father’s restaurant chain and chief financial officer for an insurance group. She has been married to Pete for nine years, and she is a mother of two young girls.

“Being a full-time mom is hard. I’m a full-time working mom with a chronic condition,” says Danielle, who has MS.

Her first flare occurred in high school, while she was driving her younger brother to school. “I started feeling pins along the side of my body,” recounts Danielle, who was only 16 at the time.

Her parents immediately took her to a pediatrician who, after some initial testing, told them to go directly to Ann & Robert H. Lurie’s Children Hospital of Chicago. There, Danielle and her family learned she could have MS, which was hard to believe. Danielle had otherwise been perfectly healthy.

When additional symptoms occurred over time, Danielle’s diagnosis was confirmed under the care of Dr. Cohen who, 19 years later, continues to treat her. Now 35, and in the midst of her busy schedule, Danielle receives ongoing infusions to manage her symptoms. “We use monoclonal antibodies, so the immune system does not wage an attack on the central nervous system,” explains Galic.

That doesn’t mean Danielle doesn’t experience symptoms. She may feel fatigued or experience occasional brain fog, and she is very open about the struggles that come with MS. “I’m an open book,” she says. “MS is a part of who I am.” When asked if she considers herself to be thriving with MS, Danielle immediately responds with a confident yes. “Your mind is an amazing thing, and I feel like it’s why I’ve done so well after all these years. It’s a battle that I wasn’t going to lose.”

Although Stacy Kaiser, 40, is in a much better place today, she has endured many years of MS mismanagement from care providers spanning across state lines. Today, she is a Bikram yoga teacher in Chicago. She credits her daily yoga practice for restoring balance to her life, both literally and metaphorically.

Stacy started experiencing symptoms in her mid-20s while living in New York. But, she didn’t seek medical attention until a week before she was scheduled to move back home to Florida. She had awoken with blurry vision. Her physician seemed “genuinely unconcerned,” so she went ahead and made the road trip home.

“My parents knew within five minutes of seeing me something wasn’t right,” says Stacy, who was diagnosed with MS shortly after arriving in Florida. The word she uses to describe the experience? “Paralyzing. To say that I struggled when I was first diagnosed is an understatement.”

Even after diagnosis, though, Stacy struggled to find a care team capable of helping her properly manage her disease, and she often felt dismissed. “It got to the point where I didn’t have the strength to fight for myself,” she says, noting that her friends were getting married and starting families. “I was headed down the darkest tunnel with no end in sight. In my mind, there was nothing I could do to prevent the eventual deterioration of my body.”

Eventually, Stacy moved to Chicago and sought care from Northwestern Medicine Neurologist Roumen D. Balabanov, MD. And she truly found her “sanctuary” in yoga, which she shared with Dr. Balabanov. “He recognizes that you have to listen to your own body,” says Stacy. “He’s so encouraging and saw the benefits yoga had on me.”

“Yoga, and Bikram yoga in particular, certainly gives me something to focus on besides my disease,” Stacy says. And although she started in the back of the room, using the wall for support, she slowly made her way to the front. Now, she’s front and center, teaching classes at several studios throughout Chicago.

The yoga community has given Stacy a new layer of support. “For years, I was trying to hide my disease for fear I would lose whatever I had left,” she explains. “Now, I almost wear it as a badge of honor. When we announced my donation-based yoga classes [which support MS research and awareness], I had so many students share stories of how MS has affected them or someone they know. These human connections are so powerful.”

‘It Will Be Hard, But It’s Going to Be Okay’

Angel Hardy Heinz has found her footing, and has become an advocate for the MS community. She currently serves on the National MS Society’s Activism Advisory Committee, allowing her to talk to legistators about how to use public policy to change the lives of people affected by multiple sclerosis.

But Angel was not always comfortable talking about her disease.

Angel’s MS journey started in 2012. She was in her first trimester with her first baby when she woke up one morning and had suddenly lost vision in her right eye. Because she was pregnant, her Northwestern Medicine care team, led by Dr. Cohen, was not able to confirm her diagnosis through an MRI until after her pregnancy.

“I had a baby, moved into a new house, went back to work, and was diagnosed with MS within the span of four months,” she says. “It was a hectic time. I’m grateful for motherhood because I did everything they said so I could be my best self for that baby girl.” A year later, she gave birth again: this time, to a healthy baby boy.

Initially very private about her diagnosis, Angel’s husband eventually encouraged her to participate in the MS Society’s annual charity walk. “That was the first time I said, ‘I have MS, and I’m ready to fight.’” And she hasn’t looked back.

Angel came to her current role as a patient advocate after she found herself wanting to be more of a resource for others facing MS. “I’m so fortunate to be living well with MS,” Angel says. “I want to do more to help others that aren’t comfortable using their voice to advocate for themselves.”

When she’s not using her voice for change, she’s singing in the praise band at her church. It’s an outlet in which she finds comfort. “Having such a loving and supportive family, friends and community really motivates me and helps propel me forward,” notes Angel.

“My main symptoms are fatigue, especially in my legs. But you wouldn’t know it. I’m always on the go,” she says. “Since being diagnosed, I’ve gone back to work, and I’ve gone to grad school. I’m also active in my community and with my kids. There’s a lot you can accomplish with MS.”

Currently, there is no cure for MS, but disease-modifying therapies continue to provide new opportunities to better control the disease, even slowing down progression and decreasing relapses. In the meantime, Northwestern Medicine participates in ongoing research. “I love that my care is at an academic medical center that values research because that’s the way to a cure,” says Angel.

“MS is not what it used to be,” says Galic. “With these particular individuals, and for others thriving with MS, their path in life is not determined by MS. Despite having challenges, they are optimistic and continue to go after their goals.”