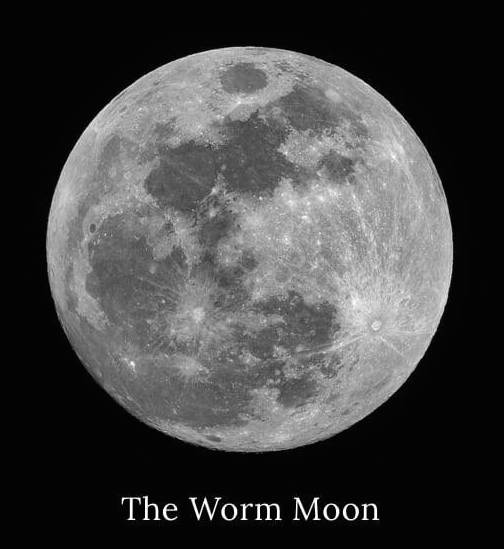 The March 9th Full Moon called the Full Worm Moon, reaches peak fullness at 12:48 P.M. CDT*.  Look for the spectacularly bright Moon as it rises above the horizon that evening. This is the First Supermoon of the Year. This Full Moon will also be the first of three supermoons in 2020—the other two occurring in April and May.

For astrology buffs, this Super Full Moon is happening as the Sun transits Pisces (the 30 days which began on February 18 and ends March 19th). It is also called Pisces Season. During every Full Moon, the Sun and Moon are on opposite sides of the sky. Essentially, the Sun is shining a direct spotlight on the moon, which illuminates and builds her up in the sky. This Full Moon is in Pisces’ opposite sign, Virgo.