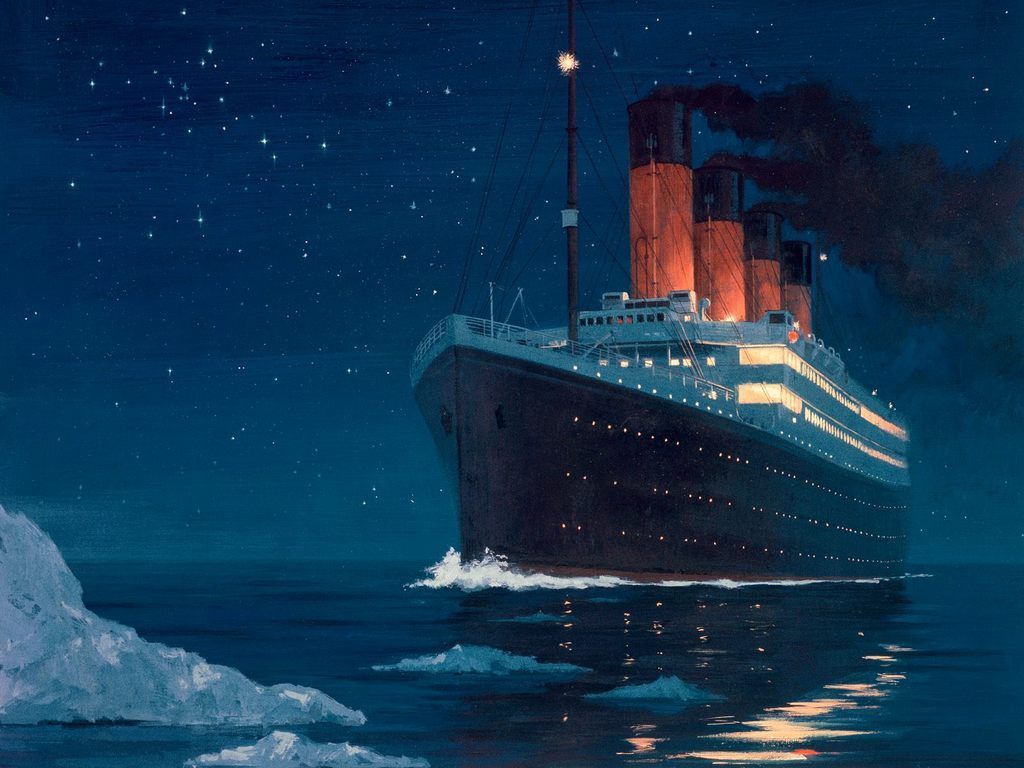 Each year on April 15th, National Titanic Remembrance Day is dedicated to the memory of the lives lost when the Titanic sank into the icy waters of the North Atlantic Ocean on April 15, 1912. This day is to remember the more than 1,500 people who died that day.

Known as the “the unsinkable ship,” the Titanic hit an iceberg at 11:40 pm on April 14, 1912, on her maiden voyage from England to New York City. Later, in the icy waters of the Atlantic Ocean, on April 15, the Titanic sank. The RMS Titanic sank in the early morning hours of April 15, 1912 in the North Atlantic Ocean, four days into the ship’s maiden voyage from stops in Ireland, France, and England to New York City (USA). The largest ocean liner in service at the time, Titanic had an estimated 2,224 people on board when she struck an iceberg resulting in the deaths of more than 1,500 people, making it one of the deadliest peacetime marine disasters in history.

Those who perished did so mainly due to an insufficient number of lifeboats on board the ship. In accordance with existing practice, Titanic‘s lifeboat system was designed to ferry passengers to nearby rescue vessels, not to hold everyone on board simultaneously; therefore, with the ship sinking rapidly and help still hours away, there was no safe refuge for many of the passengers and crew. Compounding this, poor management of the evacuation meant many boats were launched before they were completely full.

Titanic‘s maiden voyage began shortly after noon on April 10, 1912 when she left Southampton on the first leg of her journey to New York. A few hours later she called at Cherbourg in northern France, a journey of 80 nautical miles (148 km; 92 mi), where she took on passengers. Her next port of call was Queenstown (now called Cork) in Ireland, which she reached around midday on 11 April. She left in the afternoon after taking on more passengers, supplies, and stores. This ship offered discounts to poor Irish people to fill the third class section of the ship.

By the time she departed westwards across the Atlantic, she was carrying 892 crew members and 1,320 passengers. This was only about half of her full passenger capacity of 2,435. Her passengers were a cross-section of elite society, from millionaires such as John Jacob Astor, and Benjamin Guggenheim to poor emigrants from countries as disparate as Armenia, Ireland, Italy, Sweden, Syria and Russia seeking a new life in the United States. Another notable socialite was Molly Brown from Denver, Colorado who had made the rounds visiting the elite crowns of Europe and was returning home (movie: Unsinkable Molly Brown).

One hundred and twenty-one victims of the RMS Titanic sinking are interred at Fairview Lawn Cemetery in Halifax, Nova Scotia, more than any other cemetery in the world. Most of them are memorialized with small gray granite markers with the name and date of death. Most of the crew died that night including the 8 musicians and the ships’ bugler.