DeKalb City council members heard for the second time from a business consultant about the TIF to rejuvenate the old House Restaurant located at 263 East Lincoln Highway. Several council members expressed the support of downtown development to bring Alulu Brewery & Pub to DeKalb but felt the TIF request was too high.

Seventh Ward Alderman, Tony Faivre, expressed that the microbrewery craft beer growth might not last another 20 years. Twenty years is the duration of the forgiveable TIF loan. Faivre said the return on investment, estimated to be 5.1%, or $592,000 in sales tax revenue over 20 years, would not justify the spending of city money. 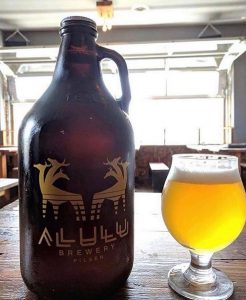 In 2018, craft beer production and sales grew for most microbreweries. Retail dollar sales of craft beer increased 7%, up to $27.6 billion, and now account for more than 24% of the $114.2 billion U.S. beer market. But according to national beer sales projections for 2019, sales might decline for craft beers.

Faivre commented that a vision of past city council requests was to give more money to the first few projects downtown, as they would be taking more risk, and taper off TIF funding for additional projects as development grew.

Derek Bly, Chief Financial Officer of Alulu, said the company would take what it has learned from its Chicago investment and put it to use in DeKalb to get the business profitable in less than three years. Bly feels that Alulu Brewery & Pub would not only be a great bar and restaurant, but a unique destination. Bly also referenced additional downtown breweries that enhance the downtown area as a destination—The Forge Brewhouse at 216 N. Sixth St., and Byers Brewery, 230 E. Lincoln Highway (opening in late summer).

Sixth Ward Alderman, Mike Verbic, and First Ward Alderwoman, Carolyn Morris, expressed disappointment that developers nixed their previous rooftop idea. Mike Verbic suggested if Alulu put the rooftop back in the plans he might consider a TIF compromise. Morris also stated that having an empty building is not a good vision.

Mayor Jerry Smith and other members expressed support for the project and invited the principals to return to the council for an additional try.