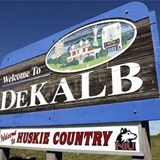 Plan to attend the Barb City Action Committee’s Kick-Off party to celebrate the new political group’s efforts and build upon them. The Barb City Action Committee’s goal is to raise enough money to effectively fund eight local campaigns for DeKalb’s local election in March, 2017. They are pro-growth and pro-business for DeKalb. Thursday’s goal is to get talking about what can be done and who can we support to move our city in a better direction.

Come join the progress and celebrate towards a brighter future by investing in our community today. This Kick-Off Party will be held at Fatty’s, 1312 W Lincoln Hwy. in DeKalb, from 5:30 PM TO 7:30 PM this Thursday, October 20th, 2016. The Bears vs. Packers game will be on the big screens for those who want to stay after too!