Brady should appoint an independent prosecutor 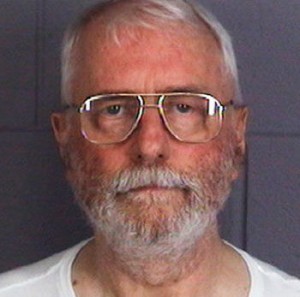 When politics guide the judicial branch of government everyone loses. Here’s hoping Judge William Brady removes the stench of local politics from the pursuit of justice in the State of Illinois vs Jack McCullough for the 1957 kidnap and murder of Maria Ridulph. He should grant the motion for a new trial and appointment of an independent prosecutor request by the victim’s brother, Charles Ridulph.

Accusations are flying around the DeKalb County Courthouse. At least one of them is false.

McCullough has been released from prison after serving five years of incarceration. Brady didn’t error in letting McCullough loose on his own recognizance. 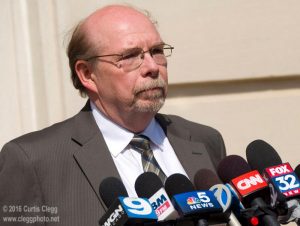 The DeKalb County States Attorney Richard Schmack sent a press release to the media in advance of the hearing announcing McCullough’s innocence while alleging incompetence or perhaps malfeasance on the part of former States Attorney Clay Campbell and the Illinois State Police. According to Schmack the prosecutors and investigators may have misled the courts in their zeal to get a conviction in a historic cold case that garnered international press coverage. If so they misled witnesses and victims alike into false testimony against an innocent man.

To pull something like that off and almost get away with it Clay Campbell would have had to be politically motivated and blinded by a quest for fame.

Schmack defeated Campbell for the State’s Attorney office near the height of national coverage of the Maria Ridulph murder mystery conviction. Campbell had made a series of uncommon moves in his term. He rode into the office digging his heels into the massive landfill expansion issue as a candidate. He appointed an Assistant State’s Attorney to head up a division for local public corruption. He prosecuted NIU administrators and staff for the locally infamous Coffee Fund case.

Campbell infuriated so many that longtime DeKalb County Republican stalwarts Maureen Josh and Sharon Holmes were seen actively campaigning for Schmack (D) in the 2014 general election.

Richard Amato defeated Campbell’s bid to be the Republican nominee to challenge Schmack in the 2016 race. Campbell’s campaign alleged that Amato had never voted in a Republican primary but did vote as a Democrat. 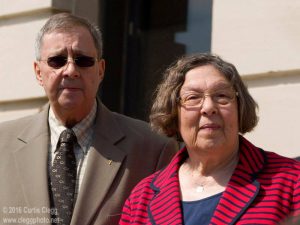 Amato had the endorsements of the local police to help in his victory. Schmack who was unopposed in the Democratic primary explained to inquiring reporters that the police endorsement of Amato was really an indictment against Campbell.

Of course Campbell would probably say it is Schmack who is politically motivated and blinded by the quest for fame.

For his part Schmack has repeatedly stated that his devotion to ethics is his only motivation for his exhaustive investigation that led to Jack McCullough’s release. He cited ethics as his motivation in his press release proclaiming McCullough innocent. He restated his ethics to Judge Brady at the hearing when the release was granted. Brady did not declare McCullough innocent and he allowed the possibility of a new trial.

There will be a new trial regardless of the outcome of McCullough’s next court appearance. He will seek his opportunity for justice in the civil courts. Perhaps some of those allegedly misled withnesses and family members will seek similar relief.

If local politics has influenced the process where it doesn’t belong Brady should remove it. A new trial with an independent prosecutor would provide the clarity for justice for all concerned.

Guilty or innocent, he deserved a fair trial, which he didn’t get. So do we pay for a new trial or let him go? All this anger should be towards the DA who knowingly withheld evidence.

Hopefully it works this time!

This is an absolute disgrace. DeKalb county, you have failed everyone. My heart goes out to the Ridulph family for having to deal with this. Why did u change your name John Tessier? U were identified as the Johnny who gave Maria a piggy-back ride before she disappeared. This whole story stinks. I hope a new trial will dredge all the truths out of this person.

I want to know why McCullough changed his name???