Case Study of a Corrupt System

The current fiasco unfolding at College of DuPage is case study to illustrate government in Illinois is at a critical point in the need for reform. At a January 28 special meeting attended by some 500 disgusted taxpayers and students the COD Board of Trustees voted 7-1 to provide College President Robert Breuder with an early retirement package that will pay him a lump sum payment of $762,867.77. It also assures that upon Dr. Breuder’s retirement, he will receive the retirement benefits provided to all administrators and that the Board will install a sign on the Homeland Security Education Center naming the building in Dr. Robert Breuder’s honor.

Dr. Breuder is honored with a building name and plaque at least in part because in 2010 he led a successful $168 million referendum during the height of the Great Recession, according to the January 28 special meeting agenda.

Hopefully the 500 taxpayers and students who showed up to the meeting — as well as all those who didn’t — get at least one line of recognition on that plaque. They are paying the debt service on the $168 million referendum regardless of how good or bad their economy is.

If I lived in DuPage County I would have been Disgusted #501. 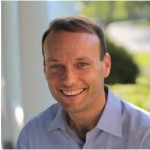 Those compensation figures come from Adam Andrzejewski, a former DeKalb businessman, NIU alumni, once candidate for Governor, founder of the non-profit watchdog organization “For the Good of Illinois” and publisher of OpentheBooks.com. A lawsuit is pending on behalf of “For the Good of Illinois” against the COD Board of Trustees for alleged Open Meetings Act violations.

According to the agenda for the past nine months DOC and Dr. Breuder have been discussing the terms and conditions for his retirement that would serve the mutual best interests of the College and Dr. Breuder and to provide for an orderly transition of the business of the College. The negotiations led to an early retirement date for Dr. Breuder of March 31, 2016 rather than June 30, 2019, the end of his current employment contract.

That contract began in 2009. Not too shabby for a six year gig.

Coincidence or not Andrzejewski has been digging into COD public records for just about nine months. In addition to helping taxpayers stay informed on compensation packages and perks they pay for at COD he’s exposed some questionable practices that define how government business is done in Illinois and why the public debt is mounting needlessly.

Through FOIA Andrzejewski obtained an email from Dr. Breuder that exposed a political strategy to “shake loose” a $20 million state construction grant by bringing support to incumbent Governor Pat Quinn. In response to bad press in the Chicago Tribune and the Suntimes, Quinn said Breuder’s strategy was extremely alarming and employed misrepresentation and said he had suspended “all future capital dollars.”

Construction funds were used to build an upscale French restaurant and a wine cellar. The restaurant lost more than $500,000 in its first year of operation while purchasing over $200,000 in wine and accessories.

DOC is funded by local property taxes and student tuition. According to Andrzejewski, COD Chief Financial Officer Thomas Glaser admitted that the school hiked the property tax rate by 59% to ensure that taxes continued to increase even though property values declined sharply. Out of 39 colleges and universities in Illinois, COD tuition spikes outpaced all of them. COD students suffered real pain as 20% of loans defaulted within the first three years after graduation.

Thanks to Andrzejewski we may now have the proper name for that City Manager Fund everyone complains about in DeKalb: Imprest Funds? In response to a FOIA request it was discovered that COD made liberal use of this imprest accounting scheme: $26,100,000 on over 21,000 transactions to 5,613 vendors flowed through 467 separate fund accounts.

1. Over $110,000 spent purchasing wine and alcohol described in the register as “instructional supplies.”

5. Legat Architects- the lead architect for the Homeland Security Education Center at COD (which will bear Dr. Robert Breuder’s name after his retirement) was paid-out $164,421.

8. Although President Breuder recently said ‘imprest payments’ were only used on amounts under $15,000, the data shows 106 payments exceeded that threshold and totaled $2.327 million.

9. Over $300,000 paid-out in newspaper and magazine advertising/subscription expense including $140,000 to the Daily Herald Paddock Publications and $139,000 to the Chicago Tribune companies.

There’s always a glimmer of hope in any dark cloud. Kathy Hamilton voted against the outlandish early retirement package. She’s also worked to get transparency and online access to the Imprest Fund account at the COD. Unfortunately she was outnumbered 7-1.

When in the voting booth avoid punching or filling any slot on the ballot next to these names: Erin Birt, Allison O’Donnell, Joseph Wozniak, Dianne McGuire, Kim Savage, Nancy Svoboda, Omar Escamilla.